Kumtor Gold Company is committed to the overall development of the region it operates. The company has been doing for years its utmost to become a reliable partner of local communities. Our constructive cooperation is the key to the current successful operation of the company.

In implementing its programs in the region, the company abides by the Strategy of Sustainable Development of the Issyk-Kul Region, which includes the following four components:

We see it as very important that by the end of operation in 2026 every project or initiative now supported by Kumtor can become independent, viable and beneficial to local budgets and communities.

One village One product Project (OVOP)

The project aims to combine the efforts of private entrepreneurs and local communities to develop the economic potential of the Issyk-Kul region by producing goods using existing local resources. 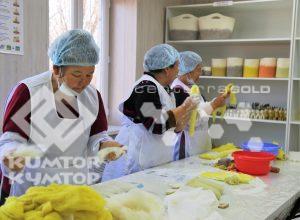 KGC re-launched (started co-funding again) the project in 2016. Small business model through OVOP approach in Issyk-Kul oblast has already been established in the frame of JICA OVOP project.
Target group and area: Community Based Organizations (CBO) focused on felt production in Djety-Oguz and Ton regions. The project has potential to become self-sustainable and successful in contributing towards SME development in the region. 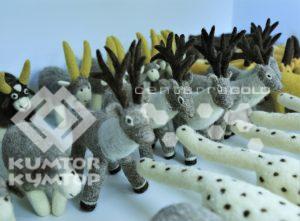 The project focuses on supporting agricultural development.
The government is also emphasizing expanding arable land. According to expert estimates, the total area of arable land in the country could potentially be doubled with sufficient investment. 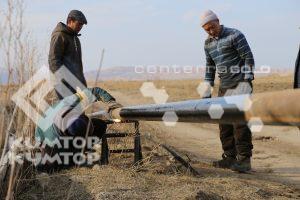 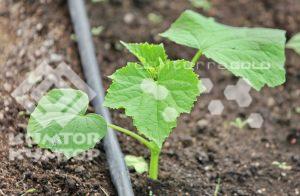 The main goals of our investments are:
(1) To increase irrigation water volume and to significantly expand areas under irrigation
(2) To increase yield and thereby increase farmer’s income.
The areas for rehabilitation were identified at the Regional Committee meetings. The project benefits a large number of people/farmers who have a permanent problem of lack of irrigation water.

The project was launched in 2016 to improve key education outcomes in upper secondary (10-11) grades in selected schools of Issyk-Kul oblast to increase the share of school graduates accepted to universities. 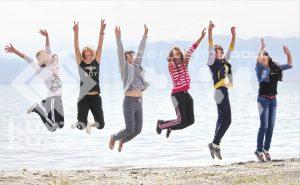 In 2019, the project is implemented by two organizations and is focused on two main components: 1) capacity building provided to teachers of upper grade classes, strengthening student skills in undertaking structured tests as well as sustainability of resources centers 2) professional orientation and career development for students.

Achieved results in 2018-2019:
• 14 schools involved;
• 486 teachers trained;
• 488 students trained and 411 graduates passed trial General Test (ORT);
• 75% of graduates who passed the General Test, reached the threshold score (110 and more);
• 2 resources centers established and equipped on the base of schools in Ton and Djety-Oguz;
• 79 schools involved in the professional orientation component;
• 154 participants took part on professional orientation

Financing initiatives that address enhancing growth and diversity of SMEs. Local Business Initiatives (LBI) program will support local entities to enhance their capacity to be able to create new jobs and initiate provision of services that are lacking or insufficient in quality or quantity 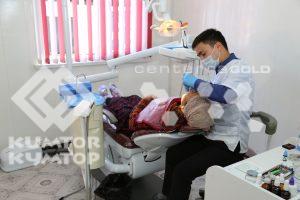 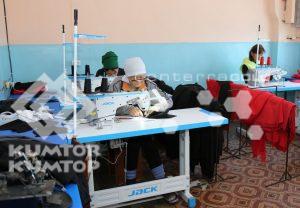 Projects financed in 2018:
• “Kun-Chygysh ayil service” municipal enterprise in Ton region. KGS supported to purchase equipment for reinforced concrete products manufacturing (for road and irrigation system rehabilitation). KGC support is 5 116 995 soms.
• Support for building a bathing facility for the treatment and prevention of sheep and goat diseases.
• The “Association of women’s communities of Isykkul”. Allocated funds were used for trainings on producing national yurts. KGS support is 178 200 soms.
• Municipal enterprise “Bars-S” that, in general, provide services in agricultural sector. KGC’s support at amount of 500 000 soms was used for reconstruction of the building.

The goal of the project is to provide access to local farmers and shepherds to distant pastures in order to prevent degradation of pastures in close area. Distant pastures are no longer used, the bridges fell into disrepair and this led to heavy overconcentration of cattle around elevation settlements.
In 2019, KGC supported rehabilitation of 2 pasture roads across the rivers Taragay and Arabel of Djety-Oguz region and purchase of heavy equipment for Ton municipal enterprise to be used for pasture rehabilitation. 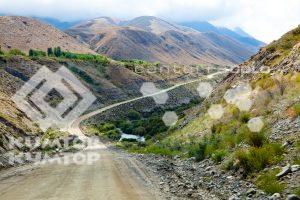 The project is designed to provide local communities with access to potable water. The project is very popular since it improves lives of thousands of people. Requests coming to the company for potable water projects are discussed at Regional Committee meetings. 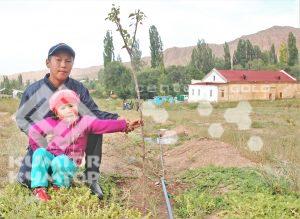 Projects in 2019
• Potable water project in Jenish village of Djety-Oguz region was launched in 2018 and completed in 2019. KGC contributed 7 599 900 soms for construction of reservoir and sanitary protection zone, rehabilitation of water intake site, installation of pipes at length of 6,5 km, rehabilitation of wells and other.
• Co-financed potable water project in Bokonbaevo village of Ton region. KGC purchased of pipes at amount of 5,600,000 soms for laying additional pipeline for 497 families. All works were financed by local village administration.
Potable water in Orgochor village of Djety-Oguz region was co-financed by FSDS organization and local village administration. KGC contribution is 2,774,000 soms for drilling a well. 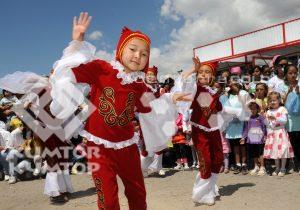 The Company gives much attention to the development of the intellectual potential of Issyk-Kul young people and supports, in any possible way, initiatives designed to provide training to high school and university students. Since 2004 the health resort Edelweiss at Chon-Jargylchak has been the venue for an environmental summer camp organized for children from indigent families. More than 500 boys and girls spent their holidays and acquired new knowledge there in the past 15 years.

KGC offers support to local initiatives submitted to the company and discussed at Regional Committee meetings. Projects are usually implemented in partnership with local authorities, local NGOs and youth groups.

• A container on the way to high-altitude pastures and Ak-Shiyrak village installed as a shelter for shepherds and tourists.
Projects in 2019
• Construction of mini football fields which was started in 2018 in the following villages of Djety-Oguz region:
 In Svetlaya Polyana. Budget is 1 454 292 soms
 In Tamga. Budget is 2 28 514 soms
 In Kyzyl-Suu. Budget is 2 760 598 soms
 In Boz-Beshik. Budget is 1 466 390 soms
 In Baltabay. Budget is 1,791,686 soms
 In Jele-Dobo. Budget is 1,968,428 soms
• Construction of playground in Orgochor village, Djety-Oguz region. Budget is 982 460 soms
• Rehabilitation of dirt road in the upper valley of Ton region of the total length of 18 km. 18,000 people from 10 villages can drive on safe road. Purchase of 15,888 tones of diesel
• Purchase materials at amount of 156 260 soms for municipal greenhouse in Ton region
• Purchase of football field cover for Kyzyl-Tuu village, Ton region at the amount of 1 130 000 soms

27.07.2020 Kumtor Gold Company Supports Project on IT Development and Digital Literacy Promotion Among the Issyk-Kul Youth

Kumtor Gold Company supported the project “Training of Software Developers (Front-End + PHP)” to be implemented by IT Academy Karakol (Non-Governmental Association “Steps to Success”) in 2020-2021 academic year. The project budget is USD 61,060.

Kumtor Gold Company funded the children’s playground and youth recreation project to be implemented in Orgochor, Jeti-Oguz district. The facility will also be available for children from the adjacent villages. The project was implemented under the KGC program providing financial assistance to local initiatives.

Kumtor Gold Company CJSC, as part of the regional cooperation program and Issyk-Kul farmers assistance scheme, having considered the project proposed by the villagers, has contributed KGS 3,875,740 for rehabilitation of the pumping station and water intake channel in Eshperov, Ton district, Issyk-Kul region.

A delivery ceremony for the new bulldozer took place at the Ton district administration, Issyk-Kul oblast, on April 6, 2020.

On the eve of the New Year holidays, Kumtor Gold Company presented 2,604 gifts to children of Jeti-Oguz and Ton districts, as well as the cities of Balykchy and Karakol in Issyk-Kul oblast.