Kumtor, one of the highest gold deposits in the world, is situated in the southern region of the Central Tien-Shan at an altitude of 4,000 meters above sea level in a permafrost zone. The deposit is located 350 kilometers from Bishkek, the capital of the Kyrgyz Republic.

The name of Kumtor Gold Project comes from the River Kumtor in the upper reaches of which significant gold reserves were discovered. While geological surveys in this area have been under way since the 1920s, the deposit itself was not discovered until 1978.

The deposit is being developed by open-pit mining techniques utilizing typical drill, blast and truck/loader or truck/shovel operations.

The ore is delivered to the crusher and further to the mill, where the gold is extracted using carbon-in-leach technology. After the ore treatment is complete, the gold is poured in the form of Dore bars containing up to 80 percent of gold. 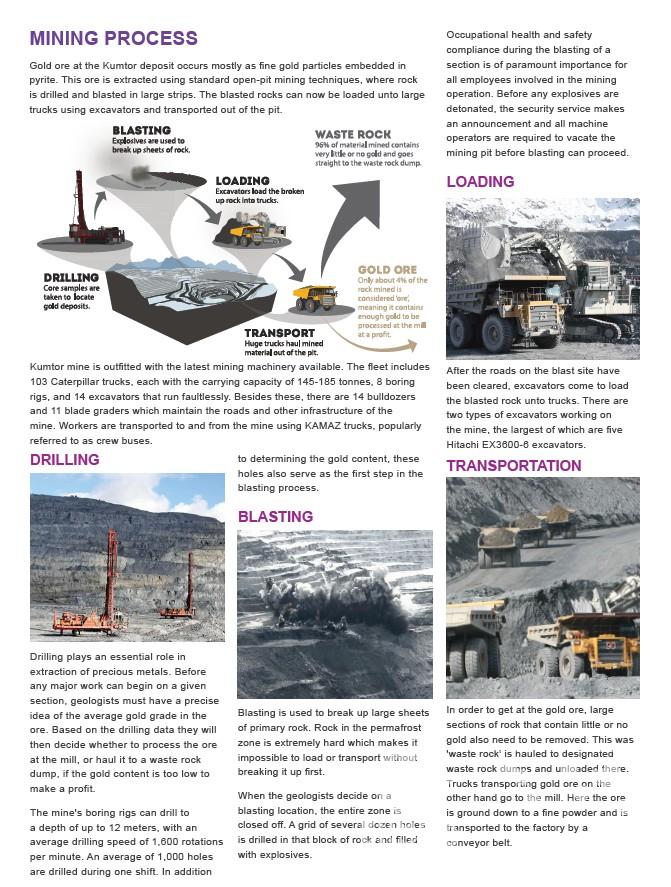 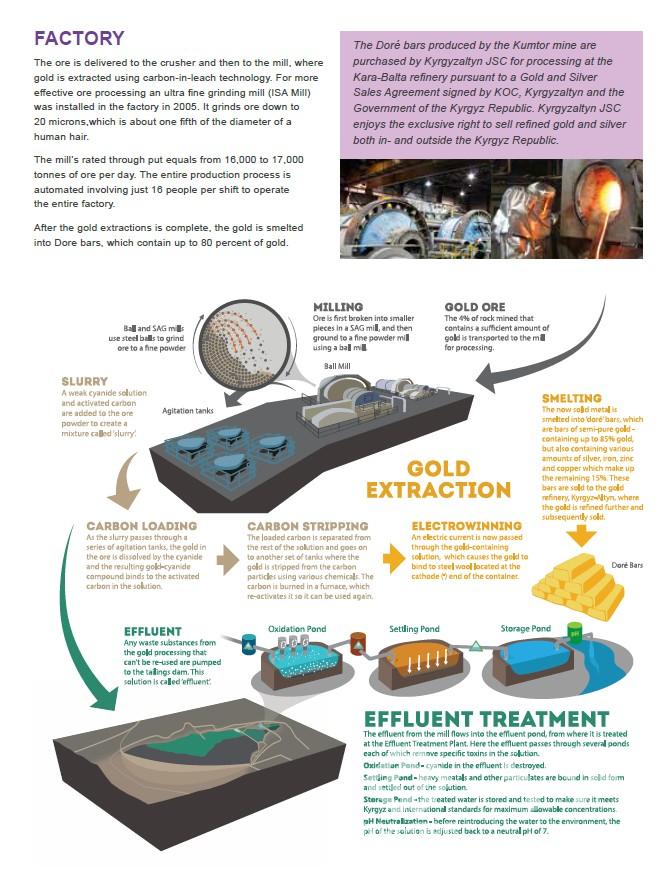