A national freestyle wrestling tournament was held in Balykchi, Issyk-Kul province, on March 27-29, 2015.Contesting were sportsmen from all regions of the Kyrgyz Republic. The award ceremony was attended by Issyk-Kul Governor Emilbek Kaptagayev, Balykchi Mayor Marat Turdubayev, public activists and Kumtor employees.

“It’s a pleasure to open this tournament. The Kyrgyz national leadership will not cease to support promotion of sport in the regions as it is sport that paves the way for the healthy future of the nation. I would like to thank Kumtor Company for supporting the sportsmen and for assistance in the organization of this tournament,” Governor Emilbek Kaptagayev said.

For a third year in a row, this tournament has been held by a group of young members of the Ysyk-Koldunkelechegi Public Fund. The number of participants in this year’s tournament is 340 compared to 250 sportsmen last year.

This year, contesting were young people of the senior group born between 1999 and 2002, in 13 weight groups. Prizes, medals and cups were handed by Balykchi mayor Marat Turdubayev. 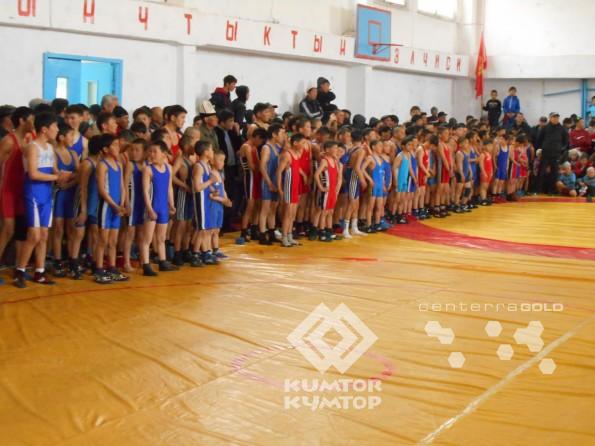