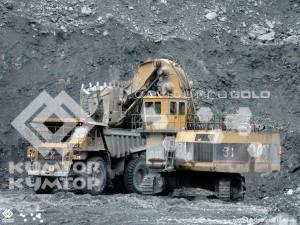 Kyrgyzstan is more and more turning into a “hot spot” for foreign companies that are willing to participate in the development of mining deposits.

During the previous year relationships between the investors and local communities have been a key problem in the context of the investment climate and attraction of new foreign companies into the mining sector. But while optimistic statements that Kyrgyzstan is interested in the inflow of foreign capital were heard from the top levels of the power vertical, passions in the provinces have been running high, and many conflicts have developed between different groups of the population and business companies. Very often these battles ended in burning and demolition of companies’ offices.
“Such actions are illegal and unlawful, they will be interpreted under the laws of our country with further taking of appropriate measures by the law-enforcement agencies,” First Vice Prime Minister Joomart Otorbayev repeatedly declared at the meetings with businessmen. But detention of instigators of disorders and initiation of criminal cases against them have not become a protective barrier for investors. This is evidenced by the results of a study conducted by the Eurasia Foundation of Central Asia with the support of the U.S. Agency for International Development (USAID) and with the participation of partner organizations of the Kyrgyz Republic.

The testing ground for interviewing the local communities about their attitude towards the investors covered 8 population centers in six oblasts of the republic. These centers are not only rich in gold and other mineral deposits, but also most critically-spirited towards the foreign companies. Only in Jumgal and Jety-Oguz less than 40% of the population has a positive or neutral attitude towards the mining activities. In other population centers, people do not want to see investors even after providing financial assistance to the region. This refers to Kadamjay, Chon-Alay, Naryn, Talas and Ala-Buka. At the same time, as the authors of the study underscore, people in Naryn oblast do not want to see the Chinese businessmen at all. The youth here is ready to fight with investors. People in Ala-Buka and Kadamjay are ready to confront investors even at the stage of exploration. In some provinces of Talas oblast, the locals launched threats even against the interviewers, so it is clear what investors can face there. Population of Chatkal also shows advanced readiness for any protest actions, which in their own way are far from peaceful rallies. Strained relations with the investors in the south of Kyrgyzstan, according to the experts, may affect not only the mining projects.

The most favourable investment climate has been observed in Jety-Oguz. It was achieved owing to the positive attitude of the population towards the developers of Kumtor. Residents of this region are the only people who believe that Kyrgyzstan should increase field development and establish business and mutually beneficial partnership with investors. In general, as the study notes, Kumtor enjoys loyalty in all “hot spots”.

ENVIRONMENT AND CORRUPTION ARE THE KEY FACTORS

According to the study, the main discontent of local residents is caused by environmental problems related to the deposit development. Local communities are sure that extraction of raw materials will lead to the poisoning of water and global pollution. In addition, residents of Talas believe that gold mining is fraught with danger of direct radiation exposure of local residents.
But at the same time, representatives of local communities note that officials of central and local authorities do not provide information about specific threats from the deposit development. Negative attitude towards the investors is mainly based on rumours and information that spread by friends, relatives and acquaintances.

The second major problem is that people in the provinces believe that mining operations do not benefit the country, but play the role of a golden goose for the Cabinet members, deputies and officers of local administrations. That is why, population of all troublesome settlements in the south of the country, where people show the most aggressive attitude towards the business-companies, have little confidence in the assurances of the Government officials that the mining industry is good for the country. However, people in the south also do not trust the NGO representatives who cannot play the role of a peacemaker in this issue. At the same time, position of the authorities enjoys the highest confidence in Jety-Oguz and Naryn. By the way, people in Jety-Oguz are best aware of how Kumtor is being developed, that is why more than 50 percent of local population trust the information they receive directly from the investors. For example, in Chon-Alay, this figure is only 13 percent.

Authors of the study also note that it is necessary to provide local communities with free access to resolutions and agreements with investors and toughen measures against frauds or profiteering during deposit development. But experts have concluded that initiatives of the Parliament and the Government proposing that foreign companies should allocate additional funds for the development of social infrastructure in the provinces are not a lifeline as well.

GOING ROUND IN CIRCLES

An extensive list of experts’ recommendations does not give a clear answer to the question what the investor should do when, having signed all necessary agreements with the Government, he cannot start working because of the protest sentiments of local communities or corruption intrigues of the officials.

“This study states that the authorities, who once had started endless wrangles with the investors of Kumtor by establishing numerous commissions, which did not clarify the situation, but only arose numerous suspicions about personal interests among the people, have set the current precedence,” the economic expert Samat Aliyev believes. “Now the Government doesn’t have real control levers to overcome the Kumtor syndrome. Moreover, the State Commission, which has recently completed another investigation on this deposit, blames investors again, putting forward huge financial claims. But, at the same time, the public is not informed about abuses committed against Kumtor by the authorities, apart from the attempts to shift all the responsibility, as usual, only onto Akayev and Bakiyev. Therefore, different groups of the population, seeing how the public agencies squeeze the investors, also join the process, which has been only increasing and becoming more radical within the last two years.