On July 22, 2021, Kumtor Gold Company CJSC (KGC) handed over a new tractor dump trailer with two-way unloading and eight 1-ton tanks for drinking water (eurocubes) to the Nizhnyaya Serafimovka House for the Elderly.

In June of this year, in response to a request for help, the Temporary External Manager of the KGC, Tengiz Bolturuk, provided a spacious and comfortable Toyota Hayes minibus to the Nizhnyaya Serafimovka House for use. The wards of the social institution will be able to visit the necessary medical institutions by the vehicle, as well as to make tours and excursions. At the event, Tengiz Bolturuk promised that Kumtor would eliminate the most important problem of the Nizhnyaya Serafimovka House – the lack of a potable water supply – and as an immediate measure would provide vehicle to deliver water.

AND SO THE PROMISE IS FULFILLED! Clean water from the nearest sources is already being delivered to the Nizhnyaya-Serafimovka House. KGC will soon proceed with a project to drill a borehole, through which the institution will be supplied with potable water.

The Nizhnyaya-Serafimovka social institution has existed since 1936, and since then there has been an acute problem with drinking water, people had to drink river water. Today, there are 310 people living in the Nizhnyaya Serafimovka House, of whom 203 are men and 107 women.

“We see from our own experience that Kumtor is now working for the benefit of Kyrgyzstan, and comes to the aid of people. The company solves a vital problem with water for us. Many thanks to the new management of Kumtor in the person of Tengiz Bolturuk, ” said Baktybek Dzhunushev, director of the Nizhnyaya Serafimovka House. 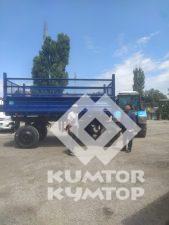 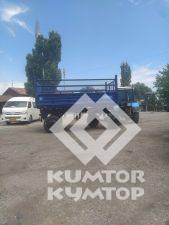 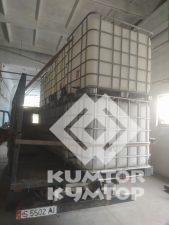 Kumtor Gold Company CJSC (KGC) adheres to the philosophy of openness and transparency in its work. The KGC activities are exclusively subject to and governed by the laws of the Kyrgyz Republic.