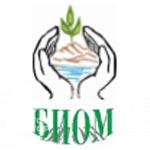 Erik Kozhomkulov, KOC Manager, Safety and Environment, disclosed information about the condition of the Davidov glacier and Lake Petrov as well as about the design of the tailings dam at Kumtor and the Company’s environmental program at a meeting with journalists held as part of the environmental journalism training session on November 16, 2012.

The practical training program entitled “The Environmental Emergencies in Kyrgyzstan: The Role Played by the Media in Preventing and Minimizing Their Effects” was organized for journalists on November, 12-18, 2012, in Bishkek. It was attended by journalists working in the regions of the Kyrgyz Republic. The six-day training program was organized for the domestic media workers by the environmental movement “Biom” and the international journalist network “N-ost” with the support of the German Society for International Cooperation (GIZ).

The environmental movement “Biom” is a volunteer non-governmental and nonprofit organization of young experts, scientists and leaders involved in addressing the environmental problems confronted by both the Kyrgyz Republic and the Central Asian region at large. Biom’s mission is to call the attention of various social groups to environmental challenges and the concepts of sustainable development.

German Society for International Cooperation (Deutsche Gesellschaft für Internationale Zusammenarbeit, GIZ) is a German Federal Company assisting the German Government in achieving its objectives in the field of international cooperation. GIZ provides support for individuals and societies in the developing, transition and industrialized economies in their efforts towards expanding their own prospects and improving living conditions. In addition, it is involved in a wide range of educational activities throughout the world. GIZ has been active in the Kyrgyz Republic since 1992.

«N-ost» (Netzwerk für Osteuropa-Berichterstattung), or the Network for Reporting on Eastern Europe, is an NGO based in Berlin. It is an association of reporters and media projects from more than 20 countries of Europe. The main purpose of the association is to give coverage to developments in Eastern Europe. The members of the Network are promoting the freedom of expression and opposing restrictions imposed on journalist professional activities. N-ost’s subscription service provides texts and reports for the newspapers and radio stations of Germany, Austria and Switzerland. The Network organizes advanced training programs for journalists and implements various international projects for media workers.

Previous publicationCenterra Gold - Kumtor Mine Reserves Increase 58% to 9.7 Million Ounces of Gold 5 Year Extension of the Life-of-Mine to 2026 Next publicationBasic Operating Results of Kumtor Operating Company in the 3rd Quarter of 2012