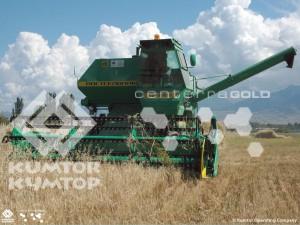 The credit portfolio of the Bokonbayevo-based microcredit agency Ton-Finance has grown by $300,000, as announced by Kumtor Operating Company Management at the meeting of the Regional Committee held in Ton district on March 14, 2012.

This microcredit agency was opened by the Kumtor Company in August 2011 under a program designed to build mutually beneficial cooperation with a region where KOC operates.

The idea of small grants was proposed by the local authorities and supported by the Regional Committee with a view of addressing the problems of the Ton community badly needing accessible resources for the development of small and farming businesses. Ton-Finance’s interest rate is 12% for production, processing and services and 10% for stock raising and plant cultivation, which is lower than one offered by commercial banks.

Although the agency was opened a mere six months ago, loans have been granted to 42 projects which have created 75 new jobs.