On October 20, 2017, a group of employees of Kumtor Gold Company’s Procurement and Logistics Department visited the Umut-Hope Children’s Rehabilitation Center to attend a remarkable and touching play, Almanbet, based on the Kyrgyz epic trilogy, Manas, and staged by the Center’s children. The Umut Center invited all its sponsors to the performance. The Kumtor employees didn’t come empty-handed, they brought various sweetmeats as gifts for the children.
It will be remembered that on June 10, 2017, the employees of Kumtor’s Procurement and Logistics Department performed a volunteer clean-up at Bishkek-based Umut Center which the Company had taken under its wing back in 2012. In consultation with the administration of the children’s facility, the fence was renovated and painted, the area was cleaned of leaves and garbage as well as its flowerbeds were panted and trees were limewashed. In response, the Center’s administration sent letters of appreciation to KGC’s employees and partners and, in addition, invited them to attend the theatrical performance staged by the Center’s children.
The Umut-Hope Children’s Rehabilitation Center was founded in 1989. Currently, it accommodates 30 children with disabilities. Its specialized rehabilitation program provides children with self-care and social behavior skills as well as knowledge of school subjects and labor discipline. The Center’s children take part in various competitions organized by the city authorities, they perform concerts — in a word, lead a life just as healthy kids of the same age do. 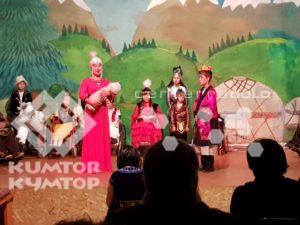 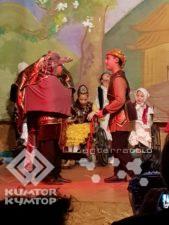 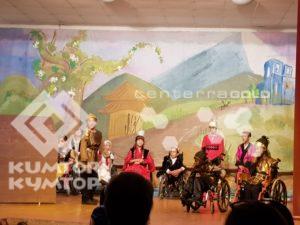