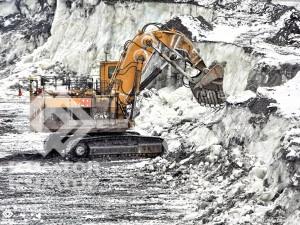 Centerra Gold Inc. (Centerra) and Kumtor Operating Company have summed up the operating results of the 3rd quarter of 2012. During the period between July and September 2012 Kumtor produced 23,786 ounces1 or 739.8 kg of gold. During the first nine months of 2012, the Company produced 125,799 ounces or 3,913 kg of gold and contributed 4.3 billion soms in taxes and mandatory payments.

Total tonnes milled for the third quarter of 2012 were 0.58 million tonnes, a decrease of 59% compared to the same period of 2011, as very little ore was mined and the majority of the mill feed processed came from stockpiles. The mill was shut down for seven weeks and during the shutdown, planned and unplanned maintenance was performed.

During the third quarter, Kumtor suspended the development work on the underground project and placed the project on care and maintenance while conducting a detailed study on the potential for expanding the limits of the ultimate pit. Subsequent to the third quarter of 2012, a decision was made based on the positive outcome of this study and a new expanded life-of-mine plan was approved for Kumtor with reserves of approximately 10 million ounces of contained gold (see Centerra Gold News Release dated November 7, 2012). The new life-of-mine plan expands the Kumtor mine life by 5 years to 2026 and still maintains the option of underground development at a later date.

A complete listing of the drill results and supporting maps for the Kumtor pit have been filed on the System for Electronic Document Analysis and Retrieval (‘SEDAR’) at www.sedar.com and are available at the Centerra Gold web site at: www.centerragold.com.

During the first nine months of 2012, contributions to the national budget in taxes, deductions to the Social Fund and other mandatory payments have totaled $92.2 million. According to the official National Bank exchange rate as of September 30, 2012, this is more than 4.3 billion soms. (See Table #2)

Extension of the Life-of-Mine

On November 7, 2012, Centerra Gold Inc. announced the results of its technical and financial study regarding expanding the Central open pit at the Kumtor mine, including:
• Extended mine life by 5 years, life-of-mine plan (LOM) for the open pit extends open pit mining to 2023 and milling operations to 2026;
• Optimized LOM open pit plan while maintaining future underground development option;
• Consistent annual gold production averaging 650,000 ounces for the first 10 years;
• LOM expansion capital of $169 million and $557 million of sustaining capital, excluding pre-strip capital;
• With the revised LOM plan, most of the underground development of Decline 1 and 2 is expected to be encompassed by the expanded open pit. Further work on the development of the underground inferred resources will be dependent on further exploration drilling and detailed studies. Any underground development would likely only start once mining of the SB Zone in the open pit is completed in 2018.

The Kumtor mine is expected to produce 350,000 to 360,000 ounces of gold in 2012 or 10.9 to 11.2 tonnes. The production guidance has been revised from the previous guidance of 390,000 to 410,000 ounces due to the fact that the mine encountered an irregular till/bedrock contact while transitioning between waste and ore. This irregularity resulted in greater than expected amounts of till waste material and ice and less than expected amounts of ore at the till/bedrock contact in the top benches for the southwest section of the SB Zone. By the end of October, Kumtor had mined through the till/ore interface and is now mining in the ordinary course. The Company does not expect to have a similar issue going forward.

At Kumtor, 2012 total capital expenditures are forecast to be $379 million including $41 million of sustaining capital and $338 million of growth capital investment. The Company decreased its capital spending on the underground development project by $21 million and has increased the capital spending allocated for purchase of new mining equipment by the same amount to increase mining capacity for the next year.

Michael Fischer, President of Kumtor Operating Company, stated, “The Company continues to remove ice and waste from the high movement unload zone in the southeast section of the pit wall to gain access to the higher grade ore in the SB Zone. Also, we have successfully accessed the southwest portion of the pit in due time and provided the mill with ore. The irregularity we encountered, however, has made us revise our previous guidance. But this problem has been solved and achieving the targeted production is dependent now on the continued operation of the Kumtor mine.

Meanwhile, the results of the technical and financial study carried out at the deposit have made it possible to increase the Kumtor mine reserves and extend the life-of-mine by 5 years – a fact, which is expected to provide significant tax revenue to the Kyrgyz Republic of approximately $1.5 billion in the next 10 years, based on a high gold price”.

The Kumtor open pit mine, located in the Kyrgyz Republic, is the largest gold mine in Central Asia operated by a Western-based producer. It has been operating since May 1997 and, as of September 30, 2012, has produced approximately 8.5 million ounces or about 264 tonnes of gold.