The city of Istanbul hosted the 18th International Gastronomy Festival, in which professional chefs from 40 countries have taken part. The Festival was organized by Cooks and Chefs Federation of Turkey in cooperation with the World Association of Chefs Societies and is considered to be an important event in the world of gastronomy and culinary. The event included a cooking competition, judged by top-class chef judges who had won numerous international awards.

Kyrgyzstan was represented at the festival by the country’s best chefs working in the catering department of the Kumtor Mine Administration – a chef, two sous-chefs and a hot chef. Melis Stamov, Head of Kumtor’s team, has made the team ready for the festival: the menus and dish serving options were discussed, all the important details and subtleties were considered, since there are no trifles in cooking, due regard should be given to everything.

In total, the Kyrgyz team has won 18 medals, including 10 gold, 5 silver and 3 bronze medals.

The award-winning places won by Kumtor Gold Company CJSC (KGC) cooks are illustrative of the high level of training and aptitudes they apply in the day-to-day performance at the Mine Site. Participation in the international festival raised the level of professionalism and motivation of KGC chefs, and allowed them to share their experiences in preparing various dishes with participants from different countries. 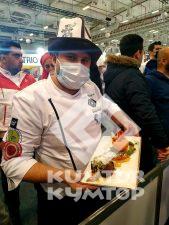 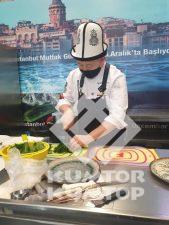 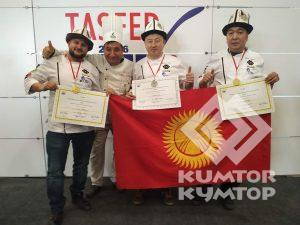 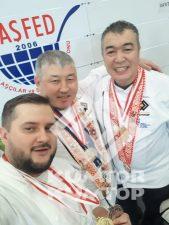