Kumtor assisted to restore a bridge in the Jety-Oguz Region

The decision was taken by the KGC management in response to requests of local authorities and residents after failure of the former wooden bridge on June 14, as a result about 200 people were trapped in high mountain Kok-Jaiyk Pasture.

The broken bridge was built in 2008. It is used by shepherds to take their cattle to high mountain pastures, as well as by tourists traveling to the mountain gorges. The bridge, as well as the road, are on the balance sheet of the Ministry of Transport and Communications of the Kyrgyz Republic. Now the carrying capacity of the new bridge is at least 10 tons.

The Jety-Oguz ayil okmotu expressed gratitude to Kumtor and personally to Tengiz Bolturuk, President of the “Great Nomads Heritage” National Holding Company which manages KGC, for prompt solution of the problem. 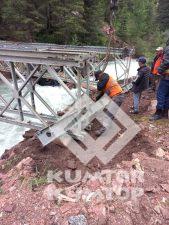 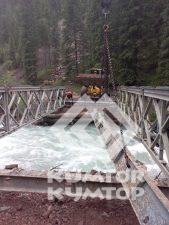 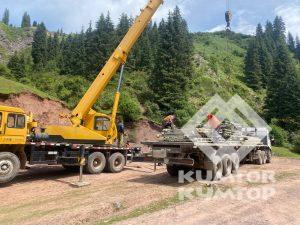 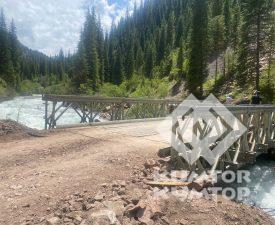