Kumtor Gold Company CJSC (KGC) has summarized its results for the nine months of 2022. Kumtor produced 389,357 ounces¹, which is equal to 12,110.3 kg of gold. Since the beginning of 2022 KGC has  transferred taxes and obligatory payments in the amount of more than 26.78 billion KGS.

Significant events of 2022 in the KGC operations

On April 4, 2022 a Global Settlement Agreement was signed between the Kyrgyz Republic, Kyrgyzaltyn JSC, Centerra Gold Inc. was signed including Kumtor Gold Company CJSC (KGC) and Kumtor Operating Company CJSC (KOC) as parties, and it was approved by Resolution No. 102 of the Cabinet of Ministers of the Kyrgyz Republic of March 4, 2022. The Global Settlement Agreement governs, among other things, the terms of the transfer by Centerra Gold Inc. (the sole shareholder) of 100% of KGC shares and 100% of KOC shares to Kyrgyzaltyn JSC.

On July 29, 2022, documents were exchanged between the parties to the Global Settlement Agreement evidencing the closing of the transaction. Pursuant to the aforementioned Global Settlement Agreement, Centerra Gold Inc. delivered transfer orders to Kyrgyzaltyn OJSC for registration of ownership right for  100% KGC shares and 100% KOC shares/ On August 2, 2022 an independent registrar registered the ownership of Kyrgyzaltyn JSC for shares of KGC and KOC.

On August 23, 2022, by Order No. 446-r of the Cabinet of Ministers of the Kyrgyz Republic, temporary external management was terminated at KGC.

On August 23-24, 2022, by decisions of the KGC sole shareholder Kyrgyzaltyn JSC, the management board of KGC were elected.

Since the beginning of 2022, gold production including the processing of previously mined ore stockpiles was 389,357 ounces compared to 292,970 ounces mined in the first nine months of 2021. The increase in volumes was primarily due to higher gold content in the ore supplied to the mill as well as an increase in the recovery rate of the metal from the ore. The average mill feed grade for the first nine months of 2022 was 3.40 g/t at a gold recovery rate of 79.2%, compared to 2.72 g/t and 71.8% for the same period of 2021, respectively.

During the nine months of 2022, exploration activities at the Kumtor deposit were focused on evaluation and exploration of oxidized and to a lesser extent sulfide ores at the South-West, Central, Muzdu-Suu and Sary-Tor areas. A total of 176 drill holes with a total volume of 35,801.6 r.m. have been drilled since the beginning of the year to the end of September. Since the beginning of the year, 6,190 samples have been analyzed in Alex Stewart Laboratory. The work confirmed the development of previously identified oxidized mineralization, which may be of industrial interest at the South-West (Nadezhda and Deep Oxide zones) and Muzdu-Suu areas. Exploration of the identified ore bodies continues, and exploration of deep-lying sulfide ore reserves for potential underground mining is planned. Ore bodies are being interpreted and the block model is being updated. The Nadezhda and Muzdu-Suu zones are expected to be suitable for open-pit mining, while the Deep Oxide zone is too deep to be exploited by an open pit. The total expected increase in reserves is up to 20 tons for open-pit mining and 10 to 20 tons for underground mining.

Mining costs per tonne of ore mined for the period from January to September 2022 were $1.49 compared to $1.00 per tonne for the same period in 2021. The increase was primarily due to a decrease of mining operations and increased costs due to higher prices for diesel fuel and required spare parts. Total mining costs of $185.3 million in 2022, compared to a total of $152.0 million in 2021.

Processing costs per tonne of processed ore for the period from January to September 2022 amounted to $12.96 per tonne compared to $10.92 per tonne in the same period of 2021. This increase was primarily due to increased costs for replacement of the Mill equipment and increased costs for use of surface water resources in connection with the new Resolution of the Cabinet of Ministers of Kyrgyz Republic No.222 dated October 18, 2021.

Site support costs for the period from January to September 2022 amounted to $38.0 million compared to $32.0 million for the same period in 2021. The increase was due to higher costs for organization of meal outsourcing during the period of temporary external management, increased costs of diesel fuel due to higher prices and increased costs of communication equipment used at the mine site.

Production costs per ounce of gold sold for the period from January to September 2022 were $541 compared to $516 for the same period in 2021. The increase was primarily due to higher mining costs, lower overburden to be capitalized, higher processing costs and higher mine operating costs. 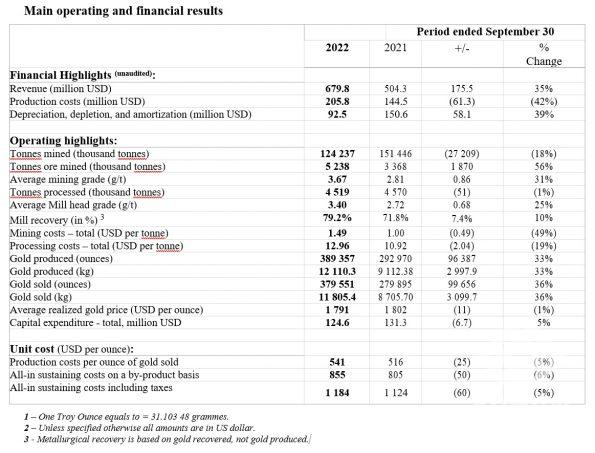 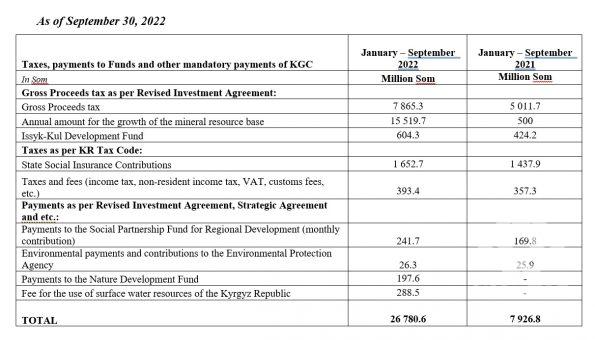 The Kumtor Mine, located in the Kyrgyz Republic, is the largest gold mine in Central Asia. In total, Kumtor has produced over 14.1 million ounces of gold since it began the commercial production in May 1997 through September 30, 2022. 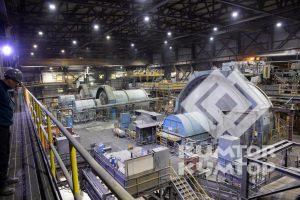 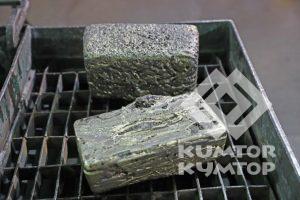 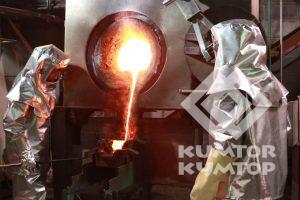 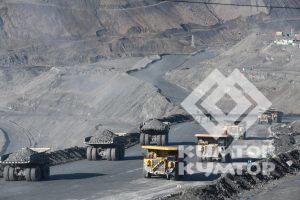 As of&nbsp30.11.2022, according to the HR management system, the Kumtor Gold Company has