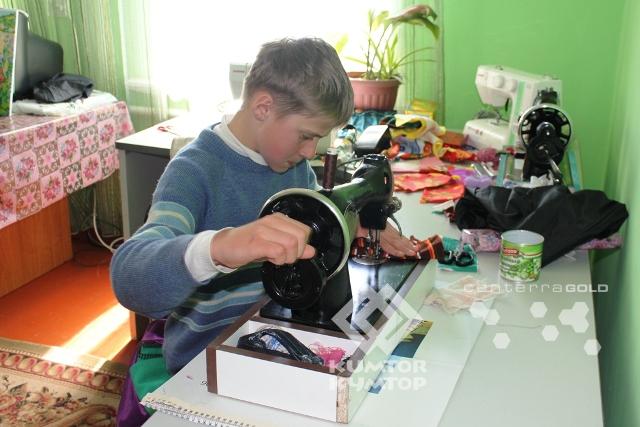 Social projects continue in the Issyk-Kul region under the Issyk-Kul Youth Banks Program currently implemented by Eurasia Foundation of Central Asia (EFCA) with the support of Kumtor Company
Youth Banks represent initiative groups of volunteers wishing to take active part in the life of their communities. Earlier, such groups were formed in six communities, including Balykchi, Karakol, Bokonbayevo, Tamga, Kyzyl-Suu and Tiup. They undertook to receive applications from other young people and support promising projects aimed at boosting the development of local communities.

Over 30 social projects were successfully put in place during the first round. Approximately the same number won support during the second phase of the project. “The projects have grown in scope now that, based on the successful experience of phase one, the maximum budget of a project request was increased to US $2,500 from US $1,000. This decision will enable the ambitious young people to make a greater contribution to the development of their communities,” says Shavkat Abdujabarov, Manager, EFCA Projects.

Projects designed to support youth sports teams and village libraries are among those already approved. Also, there were created a number of computer and Internet centers. Moreover, support was also provided to projects intended to organize cookery, foreign language, hairdressing and sewing courses.

Requests received during the third phase of the project are under consideration at present.