ZINA ASANKOZHOYEVA: KYRGYZSTAN PLANS TO INCREASE ITS GOLD AND FOREIGN CURRENCY RESERVES IN 2012 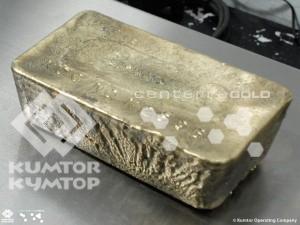 “Kyrgyzstan plans to increase the gold component in its gold and foreign currency reserves in 2012,” Zina Asankozhoyeva, chair of the KR National Bank, said at a parliament session today.

Gold, she said, accounts for 8% of the national gold and foreign currency reserves, primary reserves (issued by IMF – 24.kg) account for 9% while the rest is various foreign currencies. “In 2012, we are going to increase our gold reserves. We have started buying it from Kyrgyzaltyn. We are engaged in talks now about purchasing it direct from the Kumtor company,” said Zina Asankozhoyeva.