The Parliamentary Committee for Fuel and Energy Complex, Subsoil Use and Industrial Policy held an off-site meeting at the Kumtor mine. The purpose of the visit was to get acquainted with the Company’s current operation and to figure out what could be done at the legislative level for stable development of the mine.

During the trip, the parliament members visited all the key facilities of the mine: Central Pit, Mill, Mega Shop, tailings dam and Petrov Lake. The employees told the deputies about their work and operation of the Company.

“To be honest, I am impressed very much. Everything is working in routine mode,” said Azizbek Tursunbaev, Chairman of the KR Parliament Committee for Fuel and Energy Complex, Subsoil Use and Industrial Policy, – “Earlier in the committee, we have agreed with my colleagues that our first parliamentarian trip would be to the Kumtor mine “. We also agreed on this issue with the chairman of the Cabinet of Ministers. We wanted to see how Kumtor has been operating since it became the property of Kyrgyzstan. In addition to the members of our committee, our other colleagues came.”

After the introduction of external management at Kumtor Gold Company CJSC, serious changes were introduced at the mine, and the deputies were personally convinced of this. Dozens of new modernization projects were launched to make ore mining and gold production more efficient and, most importantly, safer for people and the environment.

– In future projects, the Holding intends to build a complete production chain, – said Tengiz Bolturuk. – Having the cheapest electricity in the world, it would be blasphemy to mine only ore and produce primary raw materials. Therefore, we will invest in finished products, this is our ultimate goal. The development of Kyrgyzstan depends on this, and the state budget will receive large financial injections.

At the end of the off-site meeting, members of the parliament committee noted that the experience and attitude to production currently applied at Kumtor should be adopted by other companies in Kyrgyzstan. In addition, the deputies promised to support at the legislative level the initiatives that are planned to be implemented in the future within the framework of the National Holding. 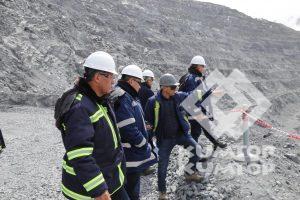 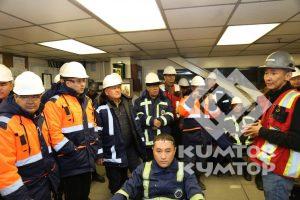 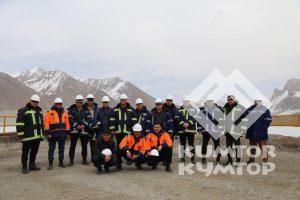