On April 2, 2019, a group of Kumtor Ambassadors paid a charity visit to a Bishkek-stationed high school for blind and visually impaired children.

Previously, the school administration asked a Kumtor initiative group to help them buy a washing vacuum cleaner they needed for cleaning the boarding school premises. Representatives of various departments of KGC totaling 23 people responded to this request. In addition to the vacuum cleaner, they bought sweetmeats for the school students using the money they had collected.
“I should like to thank the Kumtor employees for their aid. We were given precisely the model we had asked. Surely, we had a vacuum cleaner, but it was a small and low-power one. We could barely use it to do the job,” Kaliman Urseitova, the school principal, said. Now, she said, it would be far easier for our nurses to keep our halls and living rooms clean. 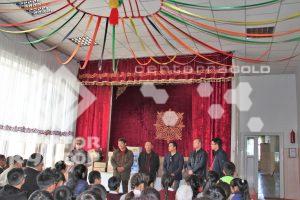 According to Taalaibek Jusupov, Manager, Safety, Kumtor Gold Company, the culture of charity and volunteering has been created in the company. “We’ve been aiding nursing homes in Takmak and Kara-Balta for a long time and regularly. In addition, we’ve taken on the patronage of the Karakol orphanage. There are a lot of special projects like these in which our employees are involved. Today’s event, I am quite sure, is to be continued. We know pretty well what the school students and teachers need, and thus we’ll be doing all we can to deal with their problems,” he said. 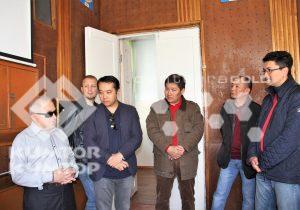 This specialized school in Bishkek is one of the oldest in Kyrgyzstan. This year, it will celebrate its 80th anniversary. An estimated 237 students attend the school. Its students are of two categories: those visually impaired and those having other health problems in addition to weak sight. 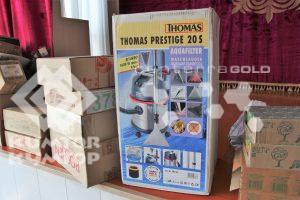 Previous publicationGreen Initiatives Next publicationLocal IT developments used at Kumtor mine