A group of Russian journalists visited the Kumtor mine

On July 8-9, 2021, a group of Russian journalists visited the Kumtor mine. According to them, a lot of contradictory information and rumors have been recently circulating around the company and, therefore, they approached the management of Kumtor Gold Company CJSC (KGC) to see the true picture and the condition of the glaciers around the deposit. 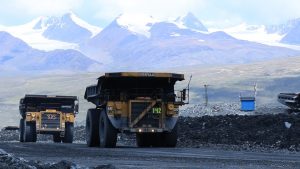 During the visit, the journalists were convinced that after the introduction of temporary external management at KGC, the company headed by Temporary External Manager Tengiz Bolturuk keeps on working continuously, in normal mode and in compliance with safety regulations. The mood among the employees is positive. The guests got acquainted with the main production stages of ore mining and processing, visited the open pit and the Mill. The Russians saw with their own eyes the current deplorable state of the Lysyi and Davydov glaciers, where waste rock had been deposited in previous years, during the predatory development of the deposit. The journalists intend to tell the Russian mass media about their impressions resulted from the trip.

Representatives of the Russian media were told that the temporary external management at KGC was introduced due to the irresponsible actions of the management of Centerra Gold Inc. On May 15, 2021, the sensor system monitoring the stability and movement of the glaciers in the mine area was remotely disabled by Centerra Gold Inc. This led to the loss of control over the condition of the waste dumps and pit walls and posed a threat to the life and health of people working at the mine. Violations during the operations, environmental pollution were also identified. The Law of the Kyrgyz Republic “On Concessions and Concession Companies in the Kyrgyz Republic” dated March 6, 1992 provides for the right of the to intervene in the administrative and economic activities of the concessionaire (in this case, Kumtor Gold Company CJSC) in cases where such activities pose a real threat to life, public health or environment. In this regard, the Jogorku Kenesh (Parliament) of the Kyrgyz Republic recommended to introduce temporary external management at KGC to stabilize the situation and continue the Kumtor mine operation. On May 17, 2021, by an Order issued by the Cabinet of Ministers of the Kyrgyz Republic, temporary external management was introduced at KGC. 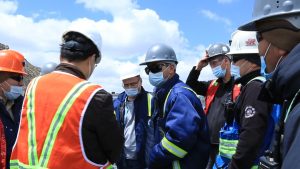 Unfortunately, the KGC employees, as well as the entire Kyrgyzstan, have witnessed the true attitude of the management of Centerra Gold Inc., that not only misleads the public, but also makes new attempts to paralyze the operation of the Kumtor mine. Thus, on May 31, 2021, Centerra Gold Inc., as the sole shareholder of KGC filed an appeal on behalf of KGC to the US Bankruptcy Court. Such decisions of Centerra Gold Inc. were taken in violation of the provisions of the current legislation of the Kyrgyz Republic that governs all the KGC activities  and the KGC Charter. These actions were made by Centerra Gold Inc. without any notification provided to KGC. In addition, the review of bankruptcy cases concerning a legal entity registered in the Kyrgyz Republic is possible only by the courts of the Kyrgyz Republic and in the Kyrgyz Republic. At the same time, some KGC suppliers and contractors, having received official letters from Centerra Gold Inc, declare the suspension of supplies to KGC, thereby sabotaging and opposing the KGC continuous operations. And all this is done contrary to the enforceable Order of the US Court that protects the KGC rights with regards to the contracts being in force at the time of filing for bankruptcy. Centerra Gold Inc. continues to interfere in the KGC activities by not providing KGC employees with the access to servers and data, blocking funds held in foreign bank accounts. 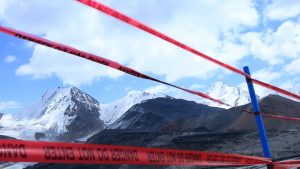 Despite the destructive actions on the part of Centerra Gold Inc., currently the Cabinet of Ministers of the Kyrgyz Republic, the KGC Temporary External Manager and the KGC employees are taking all necessary measures to prevent the mine shutdown. KGC is an operating company that pays for all its obligations in a timely manner, fulfills all social obligations, as well as obligations to the budget of the Kyrgyz Republic, its employees and contractors.

KGC continues practicing the philosophy of openness and transparency in its activity.  The KGC activities are fully subject to and governed by the laws of the Kyrgyz Republic.

Previous publicationTHE RULING OF THE LENINSKY DISTRICT COURT OF BISHKEK DATED JULY 6, 2021 ON GRANTING THE INJUNCTIVE RELIEF MEASURES TO PROTECT THE ACTION FOR ANNULMENT OF THE WRITTEN RESOLUTIONS OF THE EXTRAORDINARY SHAREHOLDERS' MEETING OF KUMTOR GOLD COMPANY CJSC DATED MAY 31, 2021 (ADOPTED BY CENTERRA GOLD INC., THE SOLE SHAREHOLDER OF KGC) Next publicationThrough the support of Kumtor, twelve students from Issyk-Kul Province successfully completed their studies at the Karakol IT Academy