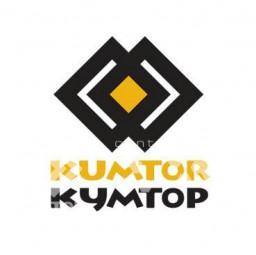 Today, on February 7, 2012, a number of the Kumtor Mine employees refused to work demanding that KOC Management increase their wages. Since relevant procedures for organization of strikes required in KR Labor Code were not observed, the Company filed a claim to court to have the strike declared illegal.

At the moment, Kumtor Mine is performing the required emergency work to maintain the safety of operations and to protect the Company assets and production facilities.

The Central Committee of KR Mining and Smelting Trade Union, represented as a unity (association) of legal entities, is not a party to the negotiations held with the Company’s staff to settle labor issues. However it has made its own interpretations of the procedure for calculation of insurance contributions and continues to misguide KOC employees and the public.

The Company declares that all required contributions into KR Social Fund have always been paid by KOC in full as required by KR legislation and this fact is supported by audit reports and inspection statements made by KR Social Fund through 2009. These statements are available at the Company.

However the Social Fund administration in 2010 made changes to the interpretation of the KR Social Fund law, after the 2010 audit of Kumtor. Thus contributions have to be made from total salary including High Altitude premiums. In this connection, in 2011, the Company transferred additional amounts of KgS 271 m and KgS 457 m into the Social Fund on behalf of its employees, and this has been credited to individual accounts and will benefit them in the calculation of national pensions.

Company Management has negotiated with the Trade Union and made a proposal on February 3 this year to increase base salary rates by 3% for mine site employees and increase the Quarterly Production Bonus fund. The increase in base salary and bonus payments would mean employees would probably get the same pay as they previously enjoyed, and have higher contributions paid into their individual Social Fund accounts. However, the KOC Trade Union rejected this proposal.

In respect to the compensation payment for the family of Asanbek Orozaliev, the Company has already stated its position (official statement as of January 23, 2012). Asanbek Orozaliev did not die at the mine, but died in 2 years and 4 months after he had stopped working with the company. After having an occupational injury, Asanbek Orozaliev received all due payments and compensations as per the law from the Company in the amount of KgS2.3 mln. The family of Asanbek Orozaliev submitted a claim to the Court, and the Court made a ruling awarding a further compensation payment; the Company did not agree with the decision of the Court and on January 27, 2012, the Company filed an appeal to a higher court. The final decision will be made by the court, and Mr. Tajibaev, who participates in this court dispute as a claimant representative, but not as a head of Central Committee of KR Mining and Smelting Trade Union, is well informed about it.

The Company as any other individual or legal entity of the Kyrgyz Republic has the legal right to uphold its position in the court. The demand to make an immediate payment to the family of Asanbek Orozaliev is considered by the Company as pressure to prevent legal process in contradiction of KR legislation.