The grand opening of a mini-football field took place in Kadji-Sai village of Ton District, Issyk-Kul Region, on January 24, 2018.

The mini-football field was constructed with the financial support from Kumtor Gold Company. The opening ceremony was attended by the company representatives, local authorities, council of village elders, local residents and journalists.
During the opening ceremony, the regional youth organizations held a friendly match. Representatives of the company handed over a set of balls to the players for further games.
In 2017, Kumtor Gold Company allocated KGS 2.446 million for the construction of the sports facility. The mini-football field is maintained by the Village Administration, which will also provide technical support to operate the facility. The field is located in the middle of the village, near the local school, which will also allow students to play football during physical education classes.

“Support of educational and youth initiatives is one of the priority areas of the company social investments. We are happy to promote sports and diversity of recreation activities of young people in the rural communities,” said Aktilek Tungatarov, Kumtor Gold Company’s Director, Sustainable Development.

Since 2013, responding to the constant requests from local authorities and youth organizations, Kumtor Gold Company has been annually undertaking commitments to support the construction of mini-football fields in Ton and Jeti-Oguz Districts. In 2013, the first football field was built in Balykchy. From 2013 to January 2018, Kumtor Gold Company has partially or fully funded construction of seven football fields.
Sportspeople have an opportunity to exercise in Balykchy town and Orgochor, Tilekmat, Tosor and Saruu villages of Jeti-Oguz District, as well as in Tort-Kul and Kadji-Sai of Ton District. A total of about KGS 17 million were allocated by the company for the construction of mini-football fields in Issyk-Kul Region. 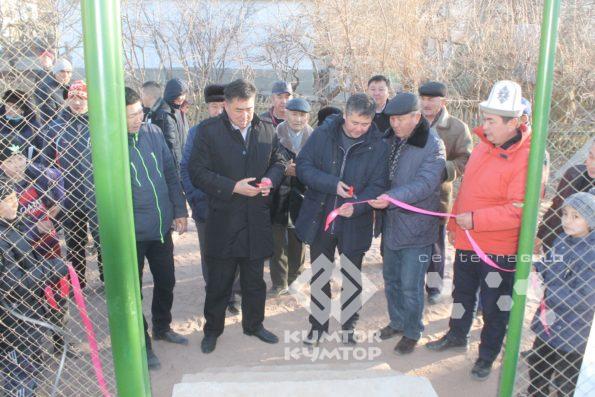 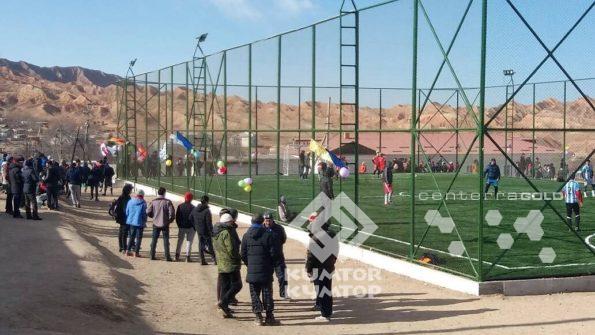 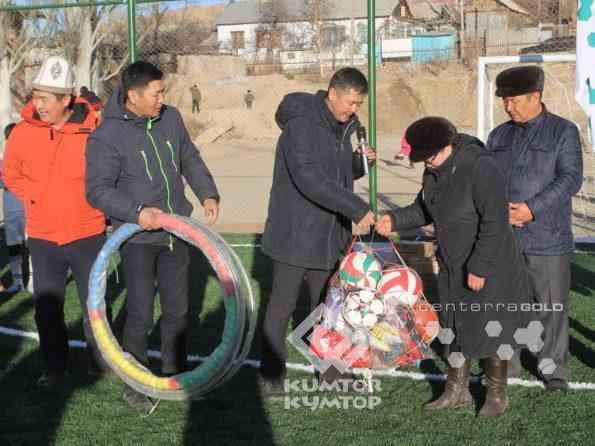