During the First Eleven Months of 2011, Production at Kumtor Has Accounted for 55% of the National Industrial Output in Kyrgyzstan 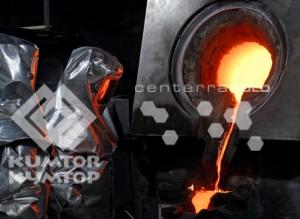 “Production has grown in January-November 2011 largely due to the higher production of equipment (1.8-fold), special-purpose goods (2.7-fold), textile and apparel (1.5-fold), other nonmetal mineral goods (by 24.9%), as well as due to the generation and distribution of electric power, natural gas and water (by 20.9%).
“The growth of textile and clothing manufacture was due to a significant increase in the production of knitwear, sweaters, jumpers, pullovers, etc. at Legprom Association enterprises.

“As regards other nonmetal mineral goods, as compared with the same period of 2010, they include higher production of non-fire bricks (by 38.9%), cement (by 34%) and geoffered roofing slate (by 10.3%).