In May 2017, the group of likeminded employees of Kumtor Gold Company launched the project intended to develop the children’s sport in the orphanages of Kyrgyzstan.
In June, Kumtor Ambassadors, using money raised by them, purchased the first table tennis table for the orphanage in Voyenno-Antonovka village. During the visit, Kumtor employees also handed over a volleyball net, balls for football, volleyball and basketball to the children living in this childcare institution. The charity event organizers agreed to raise more money and open several table tennis clubs at other orphanages of the country.

The volunteers have purchased 5 table tennis tables, as well as sets of table tennis rackets and balls. With a view to improve playing skills, lift the team spirit and encourage the communication between the children’s homes, it was proposed to establish the Permanent Children’s Table Tennis League, which would arrange two tournaments during the school breaks, in autumn and in spring. The initiative was supported by the Association of Table Tennis Players of Kyrgyzstan.

On October 29, 2017, the Children’s League held the first Autumn Table Tennis Tournament among the pupils of orphanages, boarding schools and specialized children’s centers of the Kyrgyz Republic. More than 60 young girls and boys from 7 orphanages and specialized children’s centers of Kyrgyzstan took part in the competitions. Competitions were held among the teams and individuals, separately between the boys and girls. The Ak-Suu orphanage (Issyk-Kul oblast) ranked first both among the girls and boys in the team event. Winners and runners-up were awarded with cups, medals and diplomas, and received valuable gifts from sponsors. 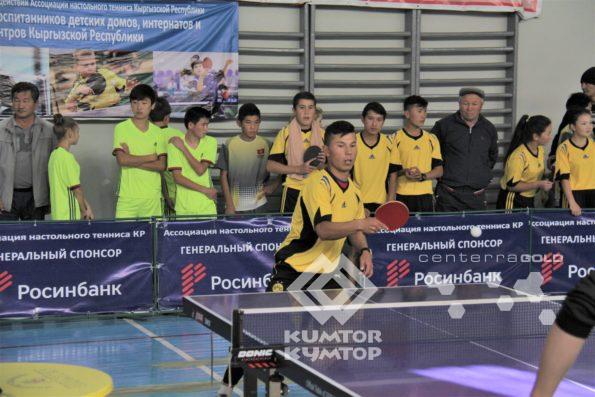 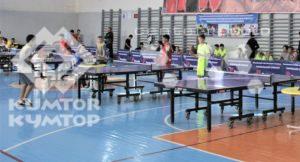