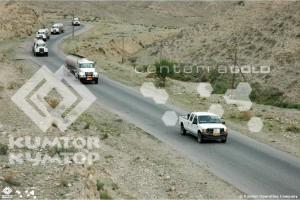 KOC has undergone a detailed site inspection and review of its records and documentation by an independent third-party professional auditor meeting the Institute’s requirements who has determined that its cyanide management systems, plans and procedures have been developed and are being implemented in compliance with the International Cyanide Management Code for Manufacture, Transport and Use of Cyanide in the Production of Gold.

ICMI has received and accepted a Detailed Audit Findings Report prepared by an independent professional third-party auditor who evaluated Kumtor’s cyanide-involved operation against the ICMI’s Verification Protocol and found it in full compliance with the Cyanide Code’s Principles and Practices. Certification is effective for three years from the date of issuing the Certificate.

The Cyanide Code is a voluntary industry program for companies involved in the production of gold using cyanide and companies producing and transporting this cyanide. It was developed under the aegis of the United Nations Environment Programme by a multi-stakeholder Steering Committee. The Cyanide Code is intended to complement an operation’s existing obligation to comply with the applicable laws and regulations of the political jurisdictions in which the operation is located.

ICMI has been established to administer the Cyanide Code, develop and provide information on responsible cyanide management practices and other factors related to cyanide use in the gold mining industry, as well as to promote its adoption, evaluate its implementation, and manage the certification process.

Information on the work of the International Cyanide Management Institute and detailed list of the compliant operations belonging to signatory companies are available at www.cyanidecode.org 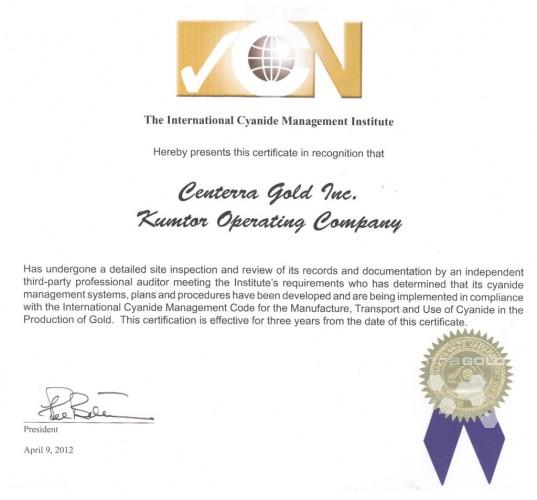