With the introduction of external management, Kumtor Gold Company CJSC (KGC) is actively searching for new technologies and know-hows that could improve production processes at the mine. Earlier, a forum “Development of Science and Education – Perspectives” was held in Bishkek upon initiative of the Company, participants of which discussed issues of interaction between research institutes, universities and enterprises. And now the first group of representatives of research institutes and universities visited the mine.

Kumtor will support young scientists of Kyrgyzstan. We will give them the opportunity to implement joint projects that will have a practical effect, and not for the sake of dissertations,” said Tengiz Bolturuk, External Manager of the KGC.

The scientific community has something to offer to the mining sector of the republic. Despite the lack of funding, truly unique developments are underway in the republic. Now, with the support of such an industrial giant as Kumtor, the path from an idea to a working device will be significantly shorter. For example, the Institute of Communications and Information Technologies of KRSU is working on an electronic system that will significantly simplify the work of operators of pit excavators.

In order to preserve the unique glaciers, the Company is now preparing to launch underground mining of the deposit. Specialists of the Institute of Machine Science and Automation of the National Academy of Sciences are ready to help with this. According to senior researcher Ermamat Absamatov, a few years ago, the Research Institute patented a technology that will significantly reduce the cost of mining operations.

“The drilling and blasting method is a cyclic method of sinking, when drilling is done first, then blasting, then airing and hoeing, while our method offers an explosion-free technology that will allow you to simultaneously develop, load and divert, that is, there are three operations in one in this technology,” explains Ermamat Absamatov.

During the visit, the scientists were convinced that the Mine, headed by the Temporary External Manager Tengiz Bolturuk, is working smoothly, in normal mode and in compliance with safety regulations, the mood of employees is set on continuing work. The guests got acquainted with the main production stages of ore extraction and processing, visited the open pit and gold mill. According to the participants of the trip, they were inspired by the atmosphere of a unique industrial enterprise, charged with new ideas and positive energy for their further implementation. 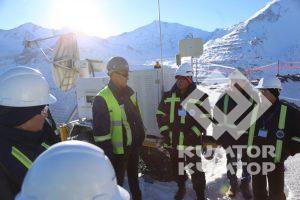 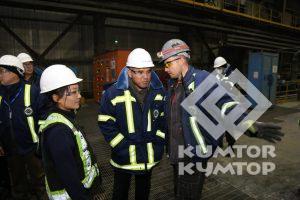 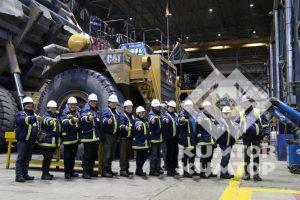 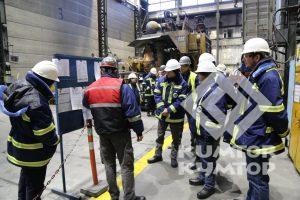 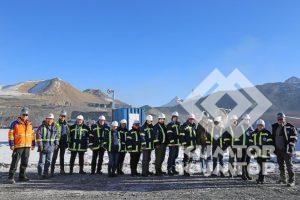 Previous publicationKumtor provided bactericidal lamps to educational organizations of the Jety-Oguz District Next publicationTengiz Bolturuk, External Manager of KGC, was awarded the medal of the Ministry of Education and Science of the Kyrgyz Republic "For Contribution into Cooperation"