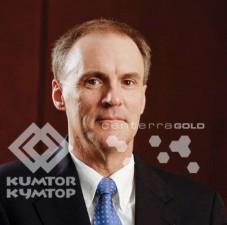 FP:Doing business in Kyrgyzstan looks pretty risky from the outside. How about from the inside?
SL: Centerra or Cameco Gold, its predecessor, have been in Kyrgyzstan for almost 20 years, and there have been times when publicly it seems like there’s a lot of political risk and there are other times when it seems we have no political risk. The reality is always in between the two. There are some challenges, they’re probably not as chaotic or as desperate as it might seem from the outside, but it’s probably never a stress-free part of the world.

FP: How did Centerra handle the 2010 revolution?
SL: That was the second revolution since the mine opened and we just kept operating. The GDP in the Kyrgyz Republic is about US$5 billion and the Kumtor gold mine represents some 20-25% of that, so it’s an important part of the economy regardless of who is in power. The other unique factor is that the Kyrgyz government through Kyrgyzaltyn JSC, the state-owned mining company, is the largest shareholder in Centerra. Whoever is in power, there is a relationship there with Centerra.

FP: Any nationalism calls?
SL: There was some in 2007, 2008, but that’s really the extent of it. There was a presidential election last year and at one point there were 80 candidates, which I think was narrowed down to 30. Two of the candidates were calling for the nationalization of Kumtor, but they combined for just over 1% of the vote. You’re in a pretty active democracy there and there are going to be a lot of different voices. One thing that is important for us is to not respond to each, but know when an issue is important and when is it being raised or pushed by people of influence.

FP: How do you go about assessing the risk factors?
SL: You try to be proactive. We have a group in Bishkek meet with the new government and elected officials as soon as they’re in office. They go through the history of Kumtor, the economic investment we’ve made and continue to make, what our payroll is in-country, what our local purchases are, so they understand what we’re doing and how we’re sup- porting the economy. Sometimes it’s a matter of standing up for your legal rights in the country as well.

FP: How do you do that without seeming confrontational?
SL: If a debate is up on a matter of taxes, for example, that we think is inappropri- ate given the stability agreement, we would make sure the prime minister, the finance minister and anyone else who is involved are aware of what the agreements are and what our position is before it gets really escalated into a very public arena where somebody might take a position and later be embarrassed or surprised by our reaction.

FP: Centerra seems to take corporate social responsibility seriously.
SL: It’s really been growing organically. Where it has come up even more is during the last 2.5 years to three years with the run-up of gold prices. The company is a lot stronger financially and in a position to do more than we had before. The GDP per capita in the Kyrgyz Republic is US$800. It’s one of the poorest countries of the former Soviet Union. There is a responsibility beyond just simply operating, hiring people and paying our taxes.

FP: How has that effort evolved?
SL: We started doing this at the local level. We established a small micro-cred- it in the communities near the mine, we helped support a fruit processing plant not far from the mine and a number of other enterprises like that. In late 2010 we started funding a maternity hospital in Barskoon at a cost of about $7 million and last year we funded the repair and construction of schools and medical fa- cilities at a cost of about $10 million.