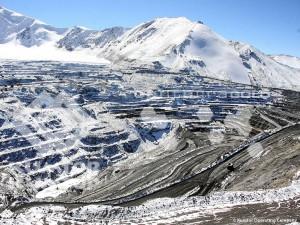 Kyrgyzstan is trying its best to find the ways and means to improve the economic climate in the country, to attract foreign investors, and to increase employment. Due to the past instability, two revolutions and several governments in the last few years, this has not been an easy task.

Today the Government should realize that using old methods will certainly not bring the expected results. Pragmatism demands looking at reality without hiding problems and understanding that investing in the various underdeveloped regions of the country requires tremendous effort, increased investment, and above all time, that must be matched by concrete, serious, and long term incentives. Investors, local and foreign, need time to train people, build infrastructure, and become comfortable with local mentality.

When we talk about foreign investment there are two corporate entities in Kyrgyzstan that are frequent recipients of indirect harassment and are quite often targeted by the Government, opposition and NGOs alike. While they are not always targeted for the same reasons, in most cases, the results are equally devastating. The results affect Kyrgyzstan’s international credibility, cause a loss of production, and increase costs, all the while not benefiting anyone except the media, since it gives them something to write about. We are talking about the Transit Center at Manas under American command and the Kumtor gold mine under Canadian management. Both entities are large investors, both employ hundreds or even thousands of local people, and both are large contributors to the Kyrgyz state budget by being very good taxpayers.

No one can say exactly how much those businesses benefit the country, both in terms of economic and social advantages, but no one can deny that without them Kyrgyzstan’s situation would be much worse. Given these undisputed facts we would expect that the government would do its best to protect them or at least not to create barriers to their normal activity, but this is not the case.

Although these entities are well known all over the country and internationally, they are the target of populist attacks irrespective of the damage such actions cause to Kyrgyzstan’s interests…

Kumtor gold mine is one of the very few foreign investment success stories in Kyrgyzstan. It is a state of the art mine at an altitude of more than 4000 meters where more than 2,000 workers enjoy salaries that are three to four times higher than those of their counterparts elsewhere in Kyrgyzstan. It has excellent logistics, a safe work environment through the use of modern techniques, good food, a good social program, and a guaranteed salary. With no possibility of challenging the mine and its management for the reasons listed above, some people in Kyrgyzstan have started talking about “ecological damage” and some nonsense about nationalizing the mine. The Prime Minister and Minister of Economy immediately rushed to assure the international community that “nationalization was out of the question” but it is well known that bad news travels fast so the top management of Kumtor, instead of looking after production, has to waste time with meeting and explaining to local people, who often don’t have the capacity and technical knowledge to understand, what is going on in the mine. We should leave the experts to do their job and look at the results. So far the results of the Kumtor mine have been good for the country, the investors, and the thousands of workers that are employed at the mine.

Through subsequent negotiation rounds, the mining company and its holding company Centerra, in which the Kyrgyz Government has a considerable stake, have been brought to a position of paying more and more, affecting productivity and above all the international image of the country.

From the Kyrgyz side, more money may appear as a victory but in my opinion this is a very costly approach and I’m convinced that there may be other ways to achieve the same or better results without affecting Kyrgyzstan’s international credibility. The fact is that in the last few years no new investors are coming, unemployment and migration are increasing, and Kyrgyzstan is not always seen as a good place to invest.

The full text of the article is available here.

Previous publicationClaims in Kyrgyzstan, and Centerra's investment in Turkey Next publication2012 PRELIMINARY RESULTS