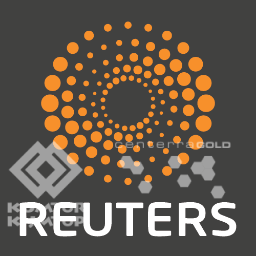 (Reuters) – Centerra Gold Inc said it entered into an understanding with the Central Asian state of Kyrgyzstan that could pave the way for joint ownership of the country’s flagship mine.

Toronto-listed Centerra said Kyrgyz state gold company, Kyrgyzaltyn JSC, would swap its 32.7 percent stake in Centerra for a 50 percent interest in a joint venture that would own the Kumtor Project. Centerra would also receive $100 million.

Centerra has been under pressure to redraw an agreement struck in 2009 to operate the Kumtor mine, hidden high in the Tien Shan mountains. A state commission had said the company was paying too little to run the mine and accused it of damaging the environment.

A number of agreements entered in 2009 by the miner and the government would remain in effect, including the one on tax regime, according to terms of the non-binding memorandum of understanding.

Centerra would remain operator of the project and Kyrgyzaltyn would receive six million warrants to acquire Centerra shares at an exercise price of C$10. The warrants would be exercisable for two years.

All state agency environmental claims against the project would be resolved prior to the restructuring, Centerra said.