With the introduction of external management, the Kumtor Gold Company CJSC supports social projects across the country. This time, the Company decided to help low-income families and lonely elderly people to go through freezing weather in the coldest region of Kyrgyzstan, Naryn Province, having distributed more than 650 tonnes of coal as part of the sponsorship. Kumtor held such a charity event for the first time here. All five districts were covered, which is 114 villages. Best coal is purchased from the Kara-Keche deposit. District Administration Offices of Naryn Province have provided the lists of large families, low-income families, and single pensioners.

Janyl Kydyrmaeva, the resident of Naryn town, was among the first to get assistance:

– I got a call from the Social Fund and was told that I had been included in the list to receive coal. Then I found out it was a gift from Kumtor. While receiving and stacking coal, I figured out that the saving amounted to several thousand soms. This is substantial support for our family. Winter lasts for as long as 6 months. Many thanks to the new management of Kumtor represented by Tengiz Bolturuk for taking care of people!

“Kumtor operates for the benefit of Kyrgyzstan and consistently provides charity support to those most in need. We have concentrated our focus on delivering aid to all, even the most remote rural settlements in the region, where needy families received one tonne of coal each,” said Ilim Sadykov, the representative of the KGC Sustainable Development Department in Naryn Province. 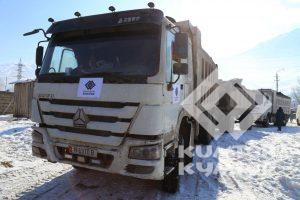 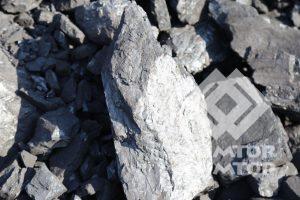 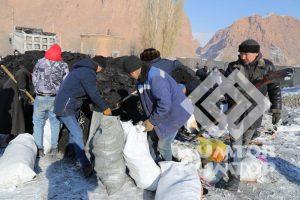