Kumtor Gold Company was recognized as 2017 Best Company to Work For and received the Honorary Partnership Awards among numerous members of the American Chamber of Commerce in the Kyrgyz Republic (AmCham).
A ceremony for awarding AmCham partner companies took place on November 17 as part of an Annual General Meeting with over 150 representatives of the business community, diplomatic missions, international institutions and the KR Government.

There were eight award nominations. Eight companies competed for the 2017 Best Company to Work For Award. An independent jury evaluated the nominees based on various factors, including the employee benefits package, internship programs, training and promotional opportunities, workplace safety, employee turnover etc.
Kumtor is the largest employer in the private sector of the Kyrgyz Republic. The Company employs about 3,500 Kyrgyz citizens. With the implementation of Works Safe | Home Safe Leadership Program, KGC emphasizes its commitment to continuing to improve the health and safety performance of the Company. KGC strongly believes a safe mine is a successful mine.

The AmCham awards were in the following nominations: Excellence in Innovation and Technology, Most Exciting Product of the Year, Corporate Social Responsibility, and AmCham Service Award, Executive of the Year, Most Customer-Friendly Business, and Selfie of the Year.
During the Meeting hosts held a raffle. All collected funds were directed to cover costs of mental arithmetic courses for children from Tokmok city orphanage, Chui Region.

For information: The American Chamber of Commerce (AmCham) is the leading international business association that seeks to create a favorable and competitive business environment in Kyrgyzstan. AmCham represents over 70 companies, promoting and protecting the interests of both local businesses in the international arena, as well as of foreign companies in Kyrgyzstan. 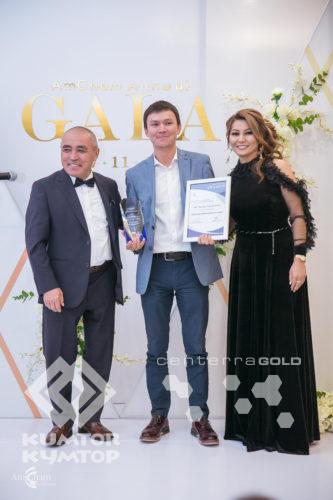 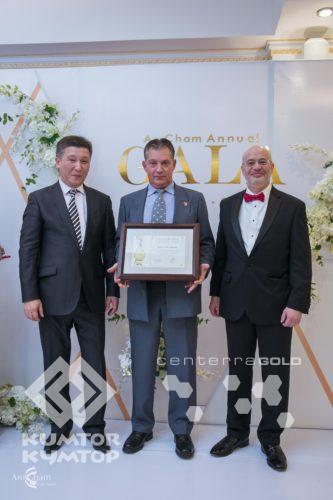