Results of the Fourth Quarter and Full Year 2010 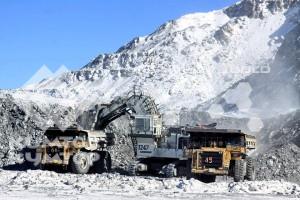 Centerra Gold Inc. (TSX: CG) and Kumtor Operating Company have summed up results of the full year 2010. In 2010, Kumtor produced 567,802 ounces¹, or 17.66 tonnes, of gold and paid more than 5.407 billion soms in taxes and compulsory payments. Thanks to successful exploration activities, Kumtor’s open pit mine life has extended to 2021.

The mill head grade in the fourth quarter of 2010 increased averaging 7.06 g/t with a recovery of 84.1%, as the high-grade SB Zone ore was mined in the quarter.

Production costs, including depreciation and amortization, totalled $79.9 million in the fourth quarter of 2010 and $292.5 million in the full year 2010. Lower operating costs were partially offset by higher costs for diesel fuel as a result of the introduction of the fuel export duty imposed by the Russian Government, higher national labour and power costs, higher maintenance costs due to the expanded mine fleet and higher camp catering costs.

During the fourth quarter of 2010, capital expenditures were $53.3 million with growth capital investment totaling $44.8 million spent mainly on purchase of Liebherr shovels and CAT 789 haul trucks, pre-strip capitalization and the underground development. $8.5 million of sustaining capital was spent mainly on the shear key, buttress and tailings dam construction.

Robert Wunder, President of Kumtor Operating Company, commented: “We are extremely pleased with our results for the year 2010, despite the many problems we faced. We met or exceeded all of our planned production targets, and achieved excellent safety results. We were able to increase Kumtor’s reserves by 28% and our new life-of-mine plan has extended the open pit operation by two years to 2021. Centerra’s Board of Director’s has approved significant new capital investment for additional mining equipment and beneficial projects, and preparations for underground operations are expected to produce tangible effects in the next few years. Engineering work in the mine during the past two years has provided a mining production profile for 2011 that ensures approximately equal monthly gold production during the year, thus providing regular contributions to the national budget of the Kyrgyz Republic”.

Due to successful exploration, proven and probable reserves increased by 1.5 million contained ounces of gold in 2010. Kumtor’s proven and probable mineral reserves total 6.3 million ounces of contained gold as of December 31, 2010. Based on these estimates, the additional reserves will extend the Kumtor open pit mine-life to 2021. Kumtor’s life-of-mine plan is based only on the open pit reserves, and no provision has been made for production from the underground development activities.

Measured and indicated resources at Kumtor increased by 1.9 million ounces.

To view the graphics, maps/drill sections and complete drill results discussed in this news release, please visit the following link (SEDAR) or visit the Company’s web site at: www.centerragold.com

During the twelve months of 2010, contributions to the national budget in taxes, deductions to the Social Fund and other mandatory payments have totaled more than $114.8 million. According to the official National Bank exchange rate as of December 31, 2010, this amounts to more than 5.4 billion soms. (For taxes and other mandatory payments see Table 3).

According to previous disclosures, as part of Centerra’s long-term strategy to maximize shareholder value, the Company’s inaugural annual dividend was paid on September 8, 2010 to shareholders of record at the close of business on August 18, 2010.

Based on Kyrgyzaltyn’s interest (33%), it has received net dividends of $4.246 million after withholding taxes.

Payments within the Kyrgyz Republic

Kumtor’s impact on the Kyrgyz economy

According to the Kyrgyz National Statistics Committee, Kumtor’s sales accounts for 10.5% of the 2010 GDP and more than 39.2% in the Kyrgyz national export.

The Kumtor mine is expected to produce 550,000 to 600,000 ounces (or 17.1 to 18.7 tonnes) in 2011. The production profile at Kumtor differs significantly from recent years in that it is expected to have consistent quarterly production throughout the year, which will facilitate regular contributions to the Kyrgyz national budget throughout the year.

At Kumtor, during 2011 total capital expenditures are forecast to be $206 million, including $170 million of growth capital investment and $36 million of sustaining capital.

The largest sustaining capital spending will be on the major overhaul maintenance of the heavy duty mine equipment ($19 million), expenditures for the shear key, buttress and tailings dam construction works ($5 million) and for equipment replacement and other items ($12 million).

Exploration expenditures at Kumtor are forecast to be $13 million in 2011.

The Kumtor open pit mine, located in the Kyrgyz Republic, is the largest gold mine in Central Asia operated by a Western-based producer. It has been operating since May 1997 and, as of December 31, 2010, has produced 7.8 million ounces, or 242.6 tonnes of gold.

A development property:
100% interest in the Gatsuurt property in Mongolia near Boroo

It also has interests in promising exploration properties:

Russia:
– Kara Beldyr project in the Tyva Republic in Russia, Centerra has earned its 50% interest in the property and has exercised its option to earn an additional 20% interest through its option/joint venture with Central Asia Gold AB

Mongolia:
– Sumber Joint Venture, Mongolia, Centerra has the right to earn up to a 75% interest through its joint venture with Altairgold LLC.

Additional information on Centerra and the full text of the news release on the 2010 results are available on SEDAR at www.sedar.com and the Company’s website at www.centerragold.com.

Previous publicationCenterra's President Stephen Lang Pays a Working Visit to the Kyrgyz Republic Next publicationDiesel fuel has been distributed to residents of the Ton and Jety-Oguz districts, Issyk-Kul province, by Kumtor Operating Company at a reduced price