Centerra Gold Expects To Have A Busy 2012 – President & CEO 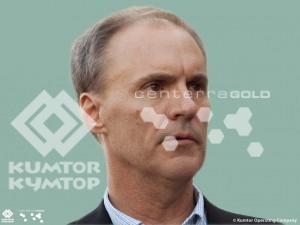 Lang spoke to Kitco News at the PDAC2012, the Prospectors & Developers Association of Canada’s annual convention, which occurs from Sunday to Wednesday in Toronto.

“2012 will be a pretty busy year for us. I think particularly as we come out of the Mongolian elections, looking to get the approvals for Gatsuurt finally moving,” said Lang. “Once that happens it’ll take about two months for that to get into production and that’ll bring (the mine in) Mongolia where its historically been for us at the 150,000 to 200,000 ounce a year level.”

Lang also said that the company will be focusing on its Kumtor mine as well as a few other development projects.

“Meanwhile (we’re) also continuing to advance at the underground at Kumtor, looking to get into ore there in the second quarter of next year,” Lang said.

He added that the company is looking to further explore its Kara Beldyr, same at ATO mines.

“Both (went) into resource at the end of last year,” Lang said.

Centerra had a brief issue with its Kumtor mine, located in the Kyrgyz republic, when workers went on strike last month. They returned to work about a week later.

“We’re back to work there,” said Lang. “That really stemmed from a change in the taxation where there was a larger portion of the employee’s wages that were taken out for the social fund contribution to the country and just trying to come up with an agreement, some kind of a mechanism that could make that less painful for the employees.”

“But we’re back to work now and back to production.”

“That’s really at the end of its mine life,” said Lang.

Boroo has produced about one million and a half ounces since we opened it in 2004, he added.