The second meeting of the Kyrgyz Mining Club was held in Bishkek, where experts, members of the Cabinet of Ministers and representatives of the country’s major mining companies discussed the situation in the industry, the roadmap to implement the Mining Code and the initiative to join our country to the CRIRSCO system.

“The need to switch to the CRIRSCO Mineral Reserves International Reporting Standard, widely used in the mining industries, is dictated by the fact that Soviet standards have already become a thing of the past in the modern world. In addition, many foreign mining companies are currently operating in Kyrgyzstan, local companies are entering the foreign market, and many Kyrgyz specialists are becoming international experts”, said Bat-Erdene Dash, CRIRSCO representative.

The participants of the meeting noted that a positive decision on the accession of Kyrgyzstan to the CRIRSCO system will help establish clear and transparent rules for all participants and will favorably affect the formation of the country’s resource base.

Much attention was also paid to the modernization of the entire block of legislation that regulates the subsoil use. Currently, a lot of work is underway to develop a new Mining Code, which will determine the main directions to develop this most important sector of our country’s economy for the next several decades.

“One of the most important goals for the expert community today is to develop a Mining Code that will be devoid of the shortcomings of the old legislation. It’s no secret that we are now using laws and regulations that were written back in the Soviet period, and slightly adjusted during the independence period. But the time has come when we need not only to meet the high world standards, but also try to speak the same language with the world. We need this not only to attract investors, but also to work effectively”, emphasized Tengiz Bolturuk, President of the National Holding Company “Great Nomads Heritage”.

Reference: The Kyrgyz Mining Club was established on the initiative of Tengiz Bolturuk, President of the National Holding Company “Great Nomads Heritage”, and the Kyrgyz Society of Subsoil Experts, as a platform for informal communication of the industry professionals, where an independent expert-analytical analysis of the state of subsoil use in the Kyrgyz Republic will be conducted in various forms and formats, legislative initiatives and recommendations for the mining industry development will be formulated. The first meeting of the Kyrgyz Mining Club was held on January 21, 2022. 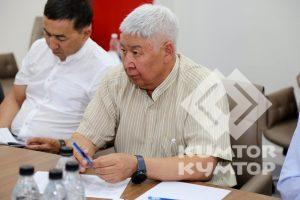 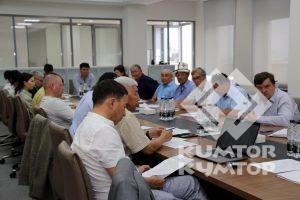 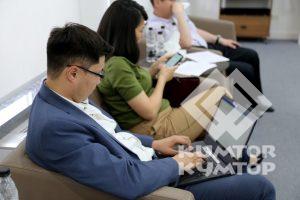 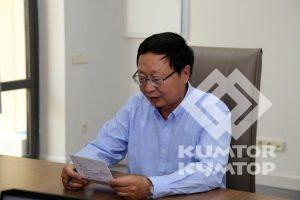