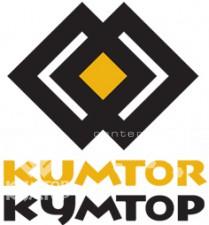 Over the last two years, Kumtor Operating Company (KOC) and Kumtor Gold Company (KGC) (collectively “Kumtor”) has been the focus of four commissions. Within this period, the Kumtor Mine site has been subjected to numerous inspections, audits, and assessments. Kumtor has cooperated with all Commissions, collaborating with working groups, various experts, Kyrgyz and foreign scientists. During this period Kumtor specialists and management answered all requests made of it, and prepared over 120 detailed responses to the requests of the latest State Commission.

The work of the current State Commission resulted in three separate Commission reports, an additional Four Claims against Kumtor, and a Directive received from the State Inspectorate for Environmental and Technical Safety under the Kyrgyz Republic Government (“SIETS”).

Kumtor’s opinion is that a number of the State Commission findings are selective and quoted out of context, and do not include all the facts, with some of the commission findings being exaggerated and not reflecting reality. Kumtor’s view is that a majority of the claims made by the commission are ungrounded in factual content and the conclusions of the State Commission are based on hearsay and not on the results of studies and sampling completed by both the Commission and Kumtor at the Kumtor mine site. In this regard Kumtor posted on the 4th February, 2013, responses to the SIETS Claims on its company website www.kumtor.kg.

Today, Friday 22nd February 2013, Kumtor has released on its website the Kumtor / Centerra Gold Incorporated (Centerra) reply to each of the State Commission reports, namely:

The three independent documents that make up the Kumtor / Centerra reply to the State Commission are in addition to the Company’s routine disclosures, plans, and reports which Kumtor regularly submit to the various state agencies, and are also publicly available on Kumtor’s website.

We would like to emphasize that Kumtor has operated and will continue to operate transparently and in accordance with the Kyrgyz Republic legislation. Kumtor has always applied for, and obtained from the Government authorities the necessary permits and permissions to operate its Kumtor Mine. Kumtor has always adhered to and applied the best mining practices, including those related to the environment, and adhered to the strictest industrial safety guidelines.

Kumtor understands the importance of uninterrupted work of the Company to the economic stability and development of Kyrgyzstan. Therefore, Kumtor will continue to work and engage in constructive dialogue with the Kyrgyz Government in order to find mutually acceptable solutions to all outstanding issues under the legislation of the Kyrgyz Republic and in the interests of all stakeholders. 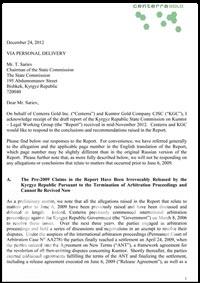