Tengiz Bolturuk, External Manager of KGC, was awarded the medal of the Ministry of Education and Science of the Kyrgyz Republic “For Contribution into Cooperation”

In honor of the World Science Day, which is celebrated annually on November 10, the Ministry of Education and Science of the Kyrgyz Republic held a solemn event at the National Center for Children and Youth “Seitek”. The meeting was attended by heads of state authorities, leading scientists of the National Academy of Sciences of the Kyrgyz Republic, rectors of higher educational institutions and directors of research institutions.

​During the event, scientists who have made a significant contribution into Kyrgyz science received awards from the Government of the Kyrgyz Republic.

On behalf of the Ministry of Education and Science of the Kyrgyz Republic, Tengiz Bolturuk, External Manager of Kumtor Gold Company CJSC, was awarded the medal “For Contribution into Cooperation”.

In his speech, Tengiz Bolturuk, KGC External Manager, congratulated all scientists of Kyrgyzstan on their professional holiday and noted that education and science are the basis for success in the modern world and a powerful factor in overcoming national challenges.

“We all want to make Kyrgyzstan a prosperous and developed country. The key to this is high-quality and modern education, the development of applied scientific research. And we believe that Kumtor can and should make a significant contribution into this important cause. Our goal is to unite the intellectual potential of Kyrgyzstan, our fellow citizens living abroad, as well as foreign partners to determine the most promising areas for the development of national education and science. To achieve this goal, we recently held an international forum on the subject of “Development of Science and Education in Kyrgyzstan: Perspectives” upon our own initiative. I am sure that the joint partnership of production, science and education will develop and grow stronger,” Tengiz Bolturuk said.

It was noted that in the near future, with the support of the country’s President Sadyr Zhaparov, it is planned to create a public foundation for the development of science and education. 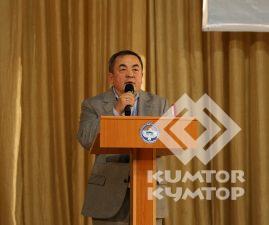 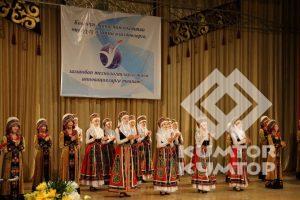 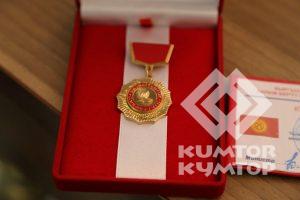