On May 23–24, 2022, the Hyatt Hotel in Bishkek hosts the International Forum “Development of Culture, Sports and Tourism – New Opportunities”. The idea to get all interested parties together at the round table belongs to Tengiz Bolturuk, President of the National Holding Company “Great Nomads Heritage”.

“The President of the Kyrgyz Republic Sadyr Nurgojoevich Japárov set us the challenge to unify the country’s intellectual potential as well as successful fellow countrymen living abroad, and foreign partners to discuss existing problems together, elaborate substantial solutions and commence joint work so that we can leave our children a prosperous Kyrgyzstan. I suggest we unite and help our society and the new generation. For that to happen, we are establishing a Public Fund for the Development of Culture, Sports and Tourism,” said Tengiz Bolturuk in his welcoming speech at the opening of the forum.

As part of the future activities of the Fund, it is planned to implement innovative and promising projects aimed at transforming Kyrgyzstan into a regional center of art, the art industry, and traditional spirituality, including through events that attract tourists to the country.

A year ago, thanks to the political will of the head of state, Kumtor was returned to the people.  The project began to operate for the benefit of the Kyrgyz people and the country’s economy. Work on the development of education, science, culture, sports, and tourism has been underway since the early days of regaining the control over the mine by Kyrgyzstan. For example, a public library was built in the village of Kyzyl-Suu. Kumtor has also recently sponsored a tour of the National Philharmonic’s soloists in the country’s regions. Many similar projects have been implemented with plans to overhaul cultural institutions, equip children’s music, art, dance and choreographic schools with the necessary modern equipment, and beyond.

Last December, the National Holding Company “Great Nomads Heritage” was established as a large integrated structure of public resources to implement various projects. The National Holding Company will create conditions for discovering the potential of entrepreneurial and creative people, enabling manufacture of products that are in demand at the national and international level.

“A new era has begun not only for Kumtor and the Holding’s projects, but for the entire cultural Kyrgyzstan. It is no coincidence that our holding is called the Great Nomads Heritage, surely by reviving the original traditions of the Kyrgyz people, but in a new, modern way, we will be able to achieve new heights,” said Tengiz Bolturuk, President of the National Holding Company “Great Nomads Heritage”.

The international forum will last two days. The first day of the forum was dedicated to discussing the issues of support and promotion of cultural initiatives. On the second day, forum participants will discuss the development of such areas as sports and tourism. 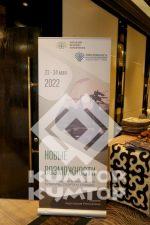 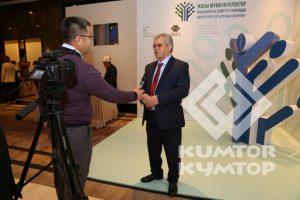 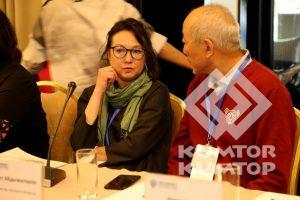 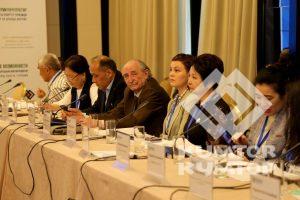 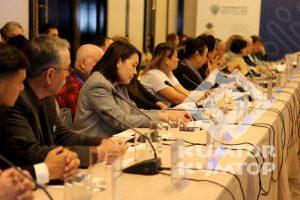 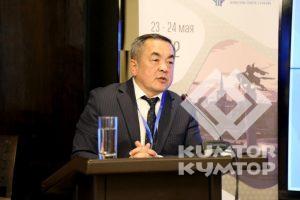 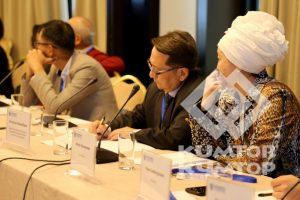 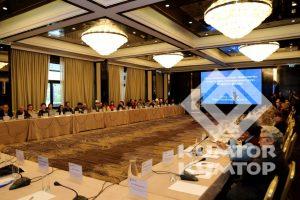 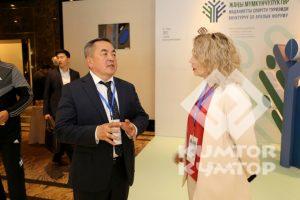