On May 9, the “Great Nomads Heritage” National Holding and “Kumtor Gold Company” CJSC held a concert for representatives of veteran organizations dedicated to the celebration of Victory Day in the Malachite Hall of the Abdylas Maldybaev Kyrgyz National Academic Opera and Ballet Theater.

The concert organizers tried to create a special atmosphere for the audience. The performance was opened by a military band. Songs of the war years and compositions popular in the 1940s alternated with the timeless classics of ballet and opera art. According to the performers, they were inspired by the experience of front-line propaganda teams, among which were our compatriots.

– Thanks to the Kumtor Company, which always supports such wonderful concerts and people of art, – said the Honored Artist of the Kyrgyz Republic Zaira Raimbekova.

– Every person whose father, grandfather, great-grandfather, relatives fought in the Great Patriotic War, keenly feels the connection with them through this holiday. In their memory all thrilling words and music sounded today, – said Abdygul Chotbaev, Chairman of the Board of “Combat Brotherhood”of Veterans of the War in Afghanistan and Military Conflicts.

– It was a wonderful concert, and we are very pleased with the creative approach of the Kumtor Company, and Mr. Bolturuk,- said Toktogul Kakchekeev, Chairman of the Republican Council of War Veterans, Armed Forces, Law Enforcement Agencies and Home Front Workers.

At the end of the concert, the participants once again honored the military and labor glory of the Kyrgyz people. All of them, each at their post, fought the enemy for the sake of a peaceful, free future. During the World War II, Kyrgyzstan sheltered hundred thousands of evacuees; new weapon and military equipment producing factories were opened across the country. It was the unity and commitment of the people that helped achieve victory – one for all.

– Now people in the world started to realize that we are children of one small planet called Earth, we essentially have no borders. If a catastrophe occurs somewhere or a war begins, then this immediately affects many countries. We are celebrating the 77th anniversary of the Victory in the most terrible war in history, and we do not want this to ever happen again, – said in his speech Tengiz Bolturuk, President of the “Heritage of the Great Nomads” National Holding Company managing KGC. 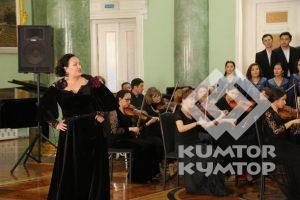 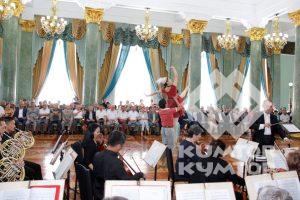 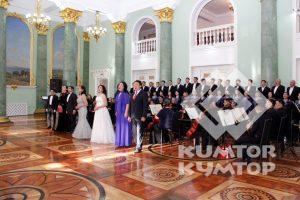 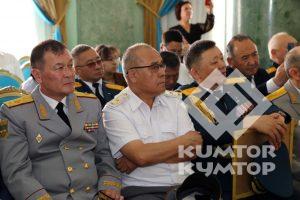 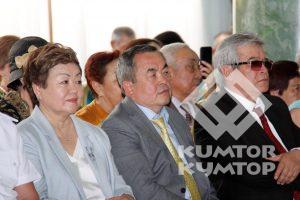 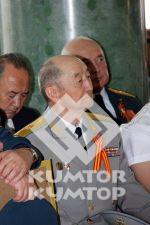