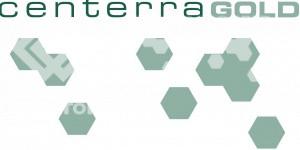 Toronto, Canada, March 27, 2012: Centerra Gold Inc. (TSX: CG) announced today that increased ice movement in the southeast section of the pit will delay scheduled access to the high grade SB zone. Preliminary engineering analysis now indicates production of 390,000 to 410,000 ounces of gold in 2012 at its Kumtor mine, rather than between 575,000 and 625,000 ounces as previously forecast. The revised production profile will continue to be weighted to the fourth quarter.

As previously disclosed, production at Kumtor is dependent on successfully maintaining the mining rates of the waste and ice in the southeast section of the pit to gain access to the higher grade ore in the SB zone. A recent substantial acceleration of ice and waste movement, which was exacerbated by the 10 day labour disruption which occurred in early February 2012, now requires that cutback 14A be delayed to allow for the unloading of such ice and waste in the southeast section of the pit. This is expected to delay the cutback from late 2012 to late 2013, resulting in the deferral into 2013-2015 of production from the high grade SB zone otherwise expected in 2012.

The Company expects to partially mitigate the impact of the movement and the resulting delay in cutback 14A by accelerating mining in the southwest portion of the Kumtor pit to access part of the new reserves (reported in its February 9, 2012 reserve and resource update) in September 2012 to provide higher grade ore for the Kumtor mill.

The Company is undertaking further technical analysis of the impact of the ice movement on its life of mine plan and expects to provide further information on production, capital costs and operating costs in due course.

Kumtor’s collective bargaining agreement expires at the end of 2012. A work stoppage at any time during the year could have a significant impact on Kumtor achieving its revised forecast production. Additionally, achieving the revised 2012 production is dependent on the delivery of new mining equipment on schedule and successfully maintaining the mining rates of the waste and ice in the southern portion of the pit to gain access to the higher grade ore.

The following material assumptions have been used to forecast production:
– any recurrence of political and civil unrest in the Kyrgyz Republic will not impact operations, including movement of people, supplies and gold shipments to and from the Kumtor mine,
– grades and recoveries at Kumtor will remain consistent with the life-of-mine plan to achieve the forecast gold production,
– the dewatering program at Kumtor continues to produce the expected results and the water management system works as planned,
– the Company is able to satisfactorily manage the ice movement and to unload the ice and waste in the southeast portion of the pit,
– no labour related disruptions occur,
– no unplanned delays in or interruption of scheduled production from our mines, including due to civil unrest, natural phenomena, regulatory or political disputes, accidents, equipment breakdown or other developmental and operational risks,
– all necessary permits, licences and approvals are received in a timely manner.

Full press-release and additional information on Centerra is available on the Company’s website at www.centerragold.com and at SEDAR at www.sedar.com.