Centerra Gold Inc. (Centerra) is a Canadian-based gold mining company focused on operating, developing, exploring and acquiring gold properties in North America, Asia and other markets worldwide and is one of the largest Western-based gold producers in Central Asia. Centerra operates two flagship assets, the Kumtor Mine in the Kyrgyz Republic and the Mount Milligan Mine in British Columbia, Canada and now has a third operating gold mine, the 100% owned Öksüt Mine in Turkey. Centerra Gold’s shares trade on the Toronto Stock Exchange (TSX) under the symbol CG. The Company is based in Toronto, Ontario, Canada. 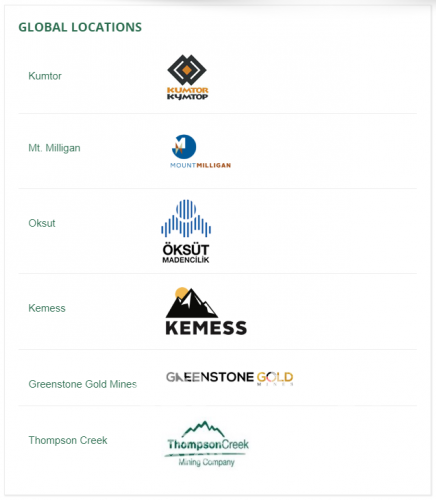 Additional information on Centerra and the full report about the Company’s activity is available on SEDAR at www.sedar.com and the Company’s website at www.centerragold.com.